Schizophrenia: Adolescence is the game-changer 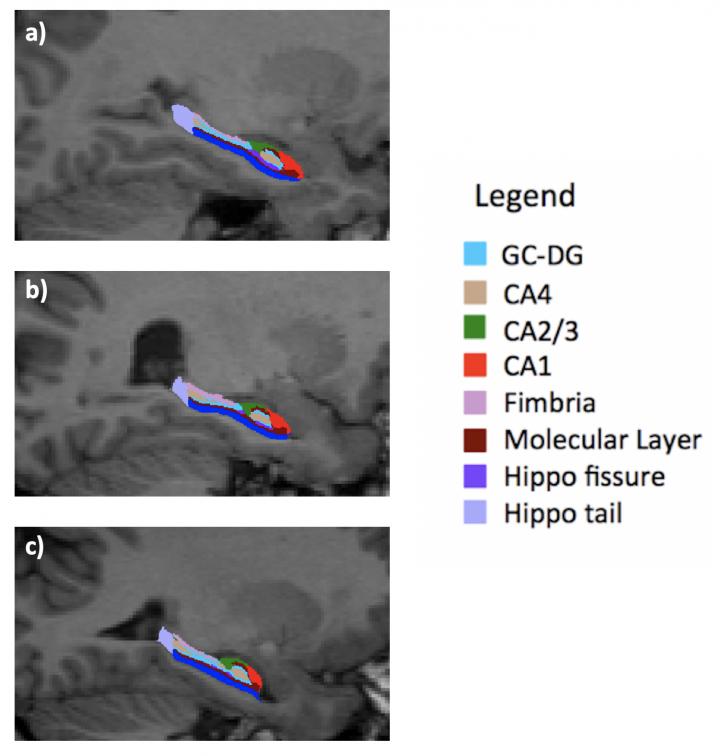 Schizophrenia causes hallucinations and memory or cognition problems inter alia. This psychiatric illness affects 0.5% of the general population, and it may be related to genetic abnormalities of chromosome 22, known as 22q11 deletion syndrome.

However, not everyone who has the syndrome necessarily develops psychotic symptoms. So, what triggers the illness? Researchers at the University of Geneva (UNIGE), Switzerland, have provided an initial answer after observing and analysing several years of patients with deletion syndrome.

The scientists found that the size of the hippocampus, the area of the brain responsible for memory and emotions, was smaller than normal but followed the same developmental curve as in healthy subjects.

Yet, when the first psychotic symptoms appear – generally in adolescence – the hippocampus atrophies dramatically. The results, which you can read all about in the journal Molecular Psychiatry, open up new avenues for understanding the causes of schizophrenia.

22q11 deletion syndrome is a neurogenetic disorder that targets chromosome 22. Thirty percent of people affected by the syndrome end up developing psychotic symptoms specific to schizophrenia, such as auditory hallucinations, memory problems, disorders affecting their perception of reality, and difficulties in social interactions characterised by strong paranoia.

“It's now known that schizophrenia is linked to the hippocampus, a complex area of the brain that carries out a vast amount of processes simultaneously linked to memory, imagination and the emotions,” explains Stephan Eliez, professor in the Department of Psychiatry in UNIGE's Faculty of Medicine. Recent studies have shown that also people suffering from deletion syndrome have a smaller than average hippocampus.

“That's why we studied the development of this structure in detail,” continues the UNIGE researcher, “so we could understand why some people affected by deletion syndrome eventually develop psychotic symptoms, while others don't.”

18-year study investigating the development of the hippocampus

The Geneva team has been following 275 patients aged 6 to 35 years for 18 years: a control groups of 135 individuals – i.e. individuals without genetic problems – and 140 people with deletion syndrome, including 53 with moderate to severe psychotic symptoms. “They underwent an MRI every three years so that we could observe their brain development,” says Valentina Mancini, a researcher in UNIGE's Department of Psychiatry.

“This has helped us create a statistical model that measures and compares the development of the hippocampus in both groups of patients.” It was discovered that the hippocampus of the group affected by deletion syndrome, although smaller from the beginning, followed a growth curve identical to that of the control group.

“This meant that we could hypothesise that the smaller size of the hippocampus originates in utero during its development in the womb.” The UNIGE scientists also observed the subfields of the hippocampus in detail, discovering that one of them – called CA3 – was not affected by the decrease in size. “This subfield plays a crucial role in the work of memorisation and seems stronger than the other sub-parts,” adds professor Eliez.

Adolescence: the period that counts the most

The researchers then compared the developmental curves of the hippocampus in people with deletion syndrome but no psychotic symptoms with those who developed psychotic symptoms. “There's no doubt about our results: around the age of 17 or 18, people with schizophrenic symptoms experience a drastic atrophy in the size of their hippocampus, and especially in the CA3 area, despite CA3 had initially managed to develop normally, unlike the other subfields,” says Mancini. But why?

The researchers don't have yet a precise answer that could explain the drastic drop in the development of this vital brain structure. But their hypotheses are geared towards environmental factors, such as stress or neuronal inflammation. “The hippocampus of individuals with deletion syndrome is smaller; this means it has to compensate for its size through hyperactivity. In the event of a huge stress factor, especially during the critical period of adolescence, this hyperactivity might lead to a significant rise in glutamate that 'poisons' the hippocampus and causes its atrophy,” explains Mancini. The psychotic symptoms may result from this hyper-compensation, which ends up destroying the hippocampus.

Act before the critical period

The study suggests the following hypothesis: the small size of the hippocampus in patients with 22q11 deletion syndrome is defined in the mother's womb, probably due to poor vascularisation. However, a “second hit” later in development might determine the further hippocampal atrophy and the emergence of psychotic symptoms. As the critical period for schizophrenia is adolescence, the Genevan team is now working on the possibility of preventing the atrophy of the hippocampus in order to preserve its functions.