Reading histone modifications, an oncoprotein is modified in return 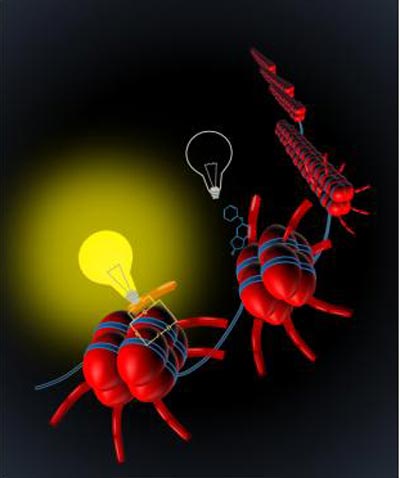 These communications can go awry, resulting in conditions like cancer. Researchers at the University of Texas MD Anderson Cancer Center have uncovered an unusual form of cross-talk between proteins that affect gene expression, suggesting new ways of inhibiting metastasis in cancer. The findings are published in the Journal of Biological Chemistry.

TRIM24 is an oncoprotein, meaning it is found at a higher abundance in many types of cancer cells than in healthy cells. Michelle Barton's lab at MD Anderson studies what this protein does. Previous research has shown that TRIM24 is, among other things, an epigenetic reader. This means that it detects certain chemical modifications of histones – proteins around which DNA is coiled – and induces other proteins to change their behavior in response, resulting in a different pattern of genes being turned on than if the histone had not been modified.

In the new study, Srikanth Appikonda, a former postdoctoral fellow in Barton's lab, found something unusual. Not only did TRIM24 “read” histone modifications, but the act of reading resulted in TRIM24 itself being modified with a small protein tag called SUMO. In other words, reading the message of the histone made the reader carry its own chemical message.

“This is the first time that we know of that the (histone) itself is imposing a code on the modifiers or readers,” Barton said.

What does the addition of SUMO to TRIM24 accomplish? Appikonda, graduate student Kaushik Thakkar and the other team members performed experiments to see how the genes that TRIM24 turned on and off in cancer cells differed when TRIM24 didn't have SUMO attached.

They found that the SUMO-modified TRIM24 seemed to be regulating genes involved in adhesion between cells. This is important because cell adhesion determines whether cancer cells stay in one spot or can travel and metastasize through the body.

“That's really where these cell-adhesion molecules are coming into play, metastasis and migration of cancer cells,” Barton said. Multiple proteins are involved in adhesion, and TRIM24 turned some off and some on. Therefore it's not yet clear what net effect TRIM24 has on metastasis in cancer patients. But understanding that TRIM24 is involved in this process gives researchers a place to look to understand how to stop it.

In the meantime, the SUMO modification also can be used as a possible marker in studies of other types of potential new drugs. Cancer researchers are often interested in disrupting TRIM24's interaction with histones, in order to prevent aberrant gene expression. By tracking whether TRIM24 has SUMO attached, researchers can test whether a potential drug has successfully blocked the interaction.

“The exciting thing about learning more about modifications of TRIM24, such as SUMO, is to be able to develop antibodies or other means to detect its presence,” Barton said “(This) may be a better predictor of cancers in early stages or could be linked to potential for metastasis.”

The study was funded by the Cancer Prevention Research Institute of Texas and the National Institutes of Health.

About the Journal of Biological Chemistry

JBC is a weekly peer-reviewed scientific journal that publishes research “motivated by biology, enabled by chemistry” across all areas of biochemistry and molecular biology. The read the latest research in JBC, visit http://www.jbc.org/.

The ASBMB is a nonprofit scientific and educational organization with more than 12,000 members worldwide. Most members teach and conduct research at colleges and universities. Others conduct research in various government laboratories, at nonprofit research institutions and in industry. The Society's student members attend undergraduate or graduate institutions. For more information about ASBMB, visit http://www.asbmb.org. 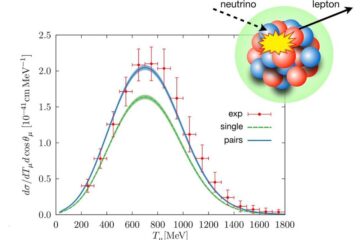 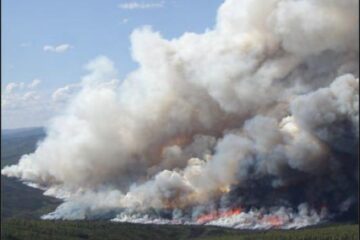