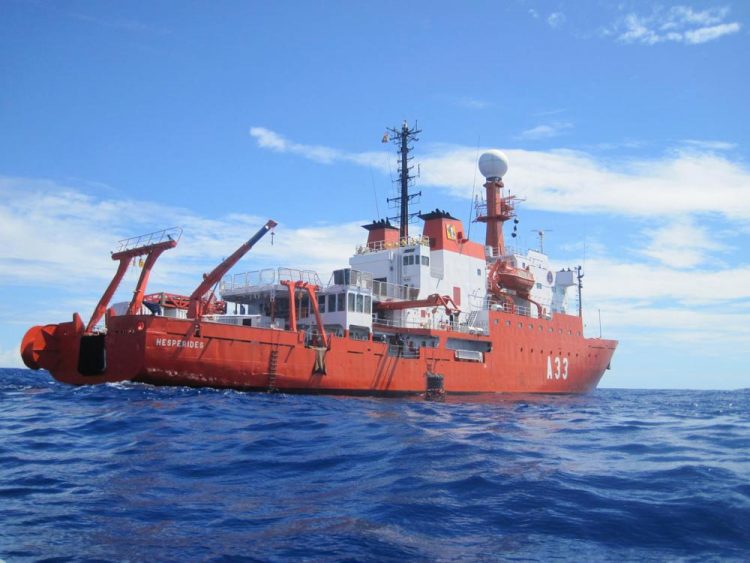 At sea on the Malaspana 2010 Circumnavigation Expedition. Credit: © 2016 Joan Costa

Understanding the oceans' role as a source and sink for airborne microbes can provide insight into the maintenance of microbial diversity and how human, animal and plant pathogens spread over oceans and between landmasses.

The team, which included researchers from KAUST as well as several Spanish and French organizations, expected that they would find many more microbes over land than over water. What they didn't know was how many microbes actually exist in the atmosphere over the oceans.

More than 100 air samples were collected from tropical and subtropical regions over the Atlantic, Pacific and Indian oceans during an eight-month marine research expedition — the Malaspina 2010 Circumnavigation Expedition — that began in December 2010.

“We found that the atmosphere is a vector for the long-range transport — typically 4,000Km — of airborne microbes, including bacteria and fungi among others, says Carlos Duarte of KAUST's Red Sea Research Center, who led the study. “Even in the open ocean, more than half of the microbial load in the atmosphere is derived from land.” Atmospheric transport may be important in redistributing pathogens across the globe, he adds.

The maximum values of eukaryotes were found over the North Atlantic and East Pacific, most likely affected by African and Asian dust-related events in these regions.

The team conducted genetic analyses and found 25% of the microbes in the atmosphere above the oceans were of marine origin, while 42% were land-based organisms and the remaining 24% were undetermined. More than 50% of the microbes in samples taken from the South Atlantic and Indian Oceans, which were far from landmasses and influenced by marine air masses, were of terrestrial or undetermined origin.

“The results open up a new suite of research questions, including atmospheric pathways for the dispersal of pathogens, the role of small islands as stepping stones for the cross-basin transport of land microbes across vast distances, and the role these organisms play in condensing particles, including rain drops, in the atmosphere,” says Duarte.

He and his team have followed up with research on microbial loads over the Mediterranean Sea and the Arctic Ocean. They are also studying dust-associated organisms over the Red Sea.