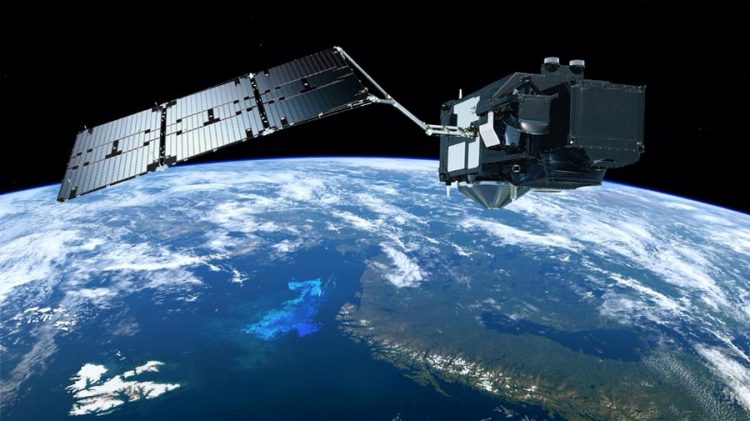 Thanks to a new algorithm, researchers at the AWI can now use satellite data to determine in which parts of the ocean certain types of phytoplankton are dominant.

In addition, they can identify toxic algal blooms and assess the effects of global warming on marine plankton, allowing them to draw conclusions regarding water quality and the ramifications for the fishing industry.

The tiny phytoplankton found in the world’s oceans are tremendously productive, and create half the oxygen we need to breathe. Just like land-based plants, they use photosynthesis to produce carbohydrate, which they use as an energy source.

They grow, divide and produce enormous quantities of biomass, the basis of all marine life. In addition, they are an essential food source for small crustaceans, fish and mussel larvae, which are themselves staples for larger fish. When phytoplankton are in short supply, it jeopardises the food web for all other marine organisms.

There are various groups of phytoplankton around the globe, and they fulfil different functions in marine ecosystems. Some are favourite food sources; others form specific chemical compounds or serve as nutrient fixers in the water, which can have a major influence on marine flora and fauna.

On the other hand, certain groups of phytoplankton can grow to dense masses and produce toxic substances; when there are too many of them in the water, it can be lethal for some marine organisms, especially fish. Marine phytoplankton are also extremely important in their role as a CO2 sink.

Accordingly, researchers are keen to learn how the populations of the respective phytoplankton groups are developing around the world.

However, until recently it was virtually impossible to estimate these populations in detail. Granted, researchers have been collecting water samples from on board research vessels for decades, in order to identify and quantify the plankton present. But these are only random samplings.

And even satellites, which have been scanning the oceans with their sensors for the past three decades, were an imperfect solution at best: though they could certainly be used to gauge the amount of the plant pigment chlorophyll in the water – as an indicator of how high the general concentration of phytoplankton was – distinguishing between the different types of phytoplankton remained extremely difficult. Moreover, there was no way to use satellite data to predict algal growth in specific regions.

But now an international team led by Hongyan Xi and Astrid Bracher from the Alfred Wegener Institute Helmholtz Centre for Polar and Marine Research (AWI) have for the first time managed to glean far more from satellite data: as they report in the journal Remote Sensing of Environment, working in close cooperation with the French company ACRI-ST and with the support of the European-based satellite data provider Copernicus Marine Environment Monitoring Service, they have developed a new algorithm that can be used to distil the data into key information on five main phytoplankton groups.

Reflectance as a key parameter

Satellite sensors register light at various wavelengths; normally, those wavelengths are used which are capable of picking up the colour of the chlorophyll. But Hongyan Xi and her colleagues have found a way to put this wavelength information to better use. More specifically, this involves analysing an aspect known as reflectance (or coefficient of reflection), which represents the amount of sunlight striking the Earth that is reflected back into space.

This reflection is due to numerous optical processes: the light is scattered, bent and altered by water molecules and particles in the ocean and atmosphere alike. “And the plankton, which itself contains certain pigments, has an influence on the reflectance,” Hongyan Xi explains.

“The reflectance can differ, depending on which types of plankton and which pigments are dominant in the water.” In fact, each of the five types leaves its own fingerprint on the reflected light – and the new algorithm can recognise them all.

This breakthrough was only possible thanks to a tremendous amount of hard work. First the team had to determine which reflectance pattern was characteristic of each plankton type. They then had to compare the satellite readings with plankton samples collected at the same time and place from on board research vessels.

Fortunately, the findings of many ship-based expeditions are now available in publicly accessible databases. Thanks to these archives, the experts were able to determine where and when the water samples had been collected, and which species and types of plankton were present.

Xi and her colleagues analysed ca. 12,000 of these datasets – and then mapped each and every one to satellite scans taken of the same place at the same time. Doing so allowed them to deduce how the reflectance changed in certain plankton types.

Armed with these findings, they were then ready to develop the algorithm. Today, it can be used to determine which types of phytoplankton are dominant in any given marine region worldwide, based on its reflectance information. This is important e.g. to identify toxic “harmful algal blooms” (HABs).

The presence of certain types of phytoplankton is also an indicator of water quality; information that is particularly relevant for the fishing industry. According to Hongyan Xi: “In addition, in the future we’ll be able to determine whether or not the distribution of phytoplankton is affected by climate change – an important aspect in terms of predicting the impacts on ecosystems.”

The study was released in the journal Remote Sensing of Environment under the following original title:

Please find printable images in the online version of this press release: https://www.awi.de/en/about-us/service/press.html