New molecular mechanism for the regulation of plastic phases in brain development discovered. 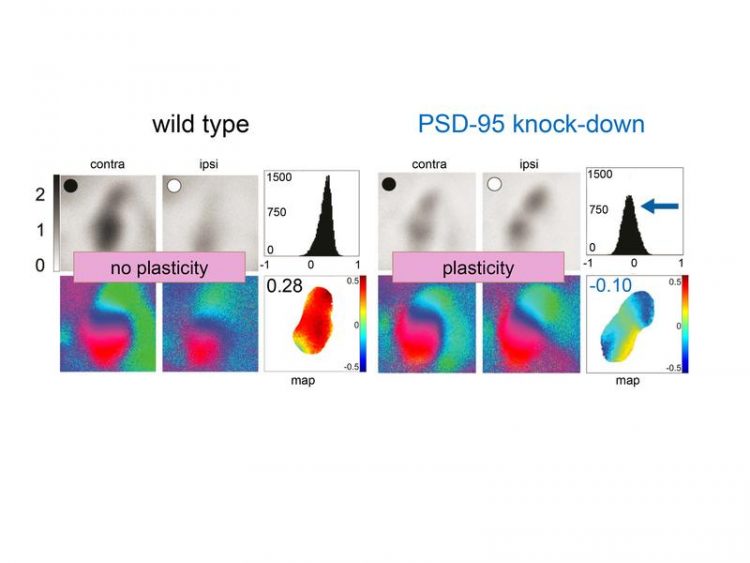 Our ability to see or hear only develops if also the brain has learned to “see” or “hear”. To succeed, this learning has to happen in particular time windows of high adaptability (plasticity), so-called “critical periods”, during brain development.

The mechanisms underlying the regulation of these critical periods and which factors govern their termination is not only important from a basic research perspective, but in addition, this knowledge may open up new avenues to develop clinically relevant concepts to promote regeneration and rehabilitation for diseased and injured brains.

The researchers identified how the maturation of nerve cell contacts (synapses) and the termination of the critical period for a particular form of adaptability (plasticity) in the visual cortex are governed.

The prevailing notion is that early sensitive phases of high adaptability end because the inhibitory circuitry matures and so-called plasticity “brakes” are expressed. Results of the two research groups now provided direct evidence that a single molecule – the signaling scaffold postsynaptic density 95 (PSD-95) – is sufficient to govern the duration of a critical period, independently of cortical inhibition.

In comparative studies, mice without PSD-95, so-called PSD-95 knock-out mice, displayed a lifelong and juvenile plasticity in the visual cortex, similar to young wild type mice during their critical period. The findings were obtained in a close cooperation of the research groups of Prof. Dr. Siegrid Löwel and Dr. Dr. Oliver Schlüter, within the Collaborative Research Center „Cellular Mechanisms of Sensory Processing” (CRC 889). The research results were published in the renowned American journal PNAS.

WHAT IS THE FUNCTION OF PSD-95?
The protein PSD-95 is necessary for the maturation of contact sites between nerve cell (synapses). „Without PSD-95 half of the visual cortical synapses remain „silent” lifelong. Such „silent synapses“ contain only NMDA-receptors, which are not activated under basal conditions. Hence, the silent synapses do not trigger electrical discharges at the target cell – and thus do not transmit any information“, explains Dr. Dr. Oliver Schlüter. „Typically, synaptic maturation includes the integration of AMPA-receptors into the postsynapse. PSD-95 is essential for this step.“ The „matured“ synapses are no longer silent, but transmit signals from one nerve cell to the next.

“We were also able to show that PSD-95 is not only essential for the maturation of young synapses but also for the stabilization of matured synapses: Down-regulation of PSD-95 expression (knock-down) in already matured nerve cell circuits, that is after the critical period, restored both the “young” synaptic state and juvenile plasticity”, explains Prof. Dr. Siegrid Löwel.

CRC 889: COMBINING EXPERTISE AS THE BASIS OF SUCCESS
Key to arriving at these new insights about „critical periods“ during brain development was the combination of many different techniques within the CRC 889: used methods range from the manipulation of the expression of single molecules to patch-clamp recordings in brain slices and biochemical analyses to optical imaging of neuronal activity in the cortex and behavioral measurements of visual capabilities of the genetically modified mice. Only the combined expertise and intensive collaboration of the two Göttingen laboratories of Prof. Dr. Siegrid Löwel and Dr. Dr. Oliver Schlüter made it possible to perform all the necessary experiments for such a comprehensive analysis. „This close teamwork is a prime example of what a CRC can optimally achieve”, says Prof. Dr. Tobias Moser, speaker of the CRC 889. „By bringing together research groups with different expertise who work together on a new subject, you can achieve more than any single group would have been able to do on its own.“

BACKGROUND INFORMATION
Nerve cell networks in the mammalian cortex are initially generated primarily under genetic control, and then need experience and training to form their functional and structural architecture and to optimize their capabilities. This experience-dependent refinement is considered to be a general developmental process for all functional cortical domains and typically peaks during their respective time window, so-called „critical periods”: during these phases, young brains are significantly more „plastic“, i.e. more adaptive, than older brains. Known examples for such critical periods span functional domains as diverse as filial imprinting and courtship song learning in birds; cognitive functions, such as linguistic or musical skills in humans; and likely best studied, the different features of sensory modalities. Critical periods are characterized by the absolute requirement for experience in a restricted time window for neural network and performance optimization. Lack of specific sensory stimuli during these time windows, e.g. of visual experience (caused by a cloudy lens or a drooping eyelid) during development of the visual cortex, i.e. the region analyzing visual stimuli, can cause irreversible visual impairment during later life.

CRC 889 „CELLULAR MECHANISMS OF SENSORY PROCESSING“
The interdisciplinary Collaborative Research Center „Cellular Mechanisms of Sensory Processing“ (CRC 889) aims to better understand the major human senses „vision, hearing, smell, touch“. Since 2011, research of the CRC 889 is supported by the German Research Foundation (DFG). Prof. Dr. Tobias Moser, director of the Institute for Auditory Neurosciences of the University Medical Center Göttingen (UMG) is the Speaker of the CRC. Scientists from 23 different neuroscience research groups located in Göttingen cooperate in 21 projects. Researchers from hospitals and Institutes of the Medical School, from the European Neuroscience Institute (ENI-G), the Biological Faculty of Göttingen University, from the Max-Planck-Institut für biophysikalische Chemie, the Max-Planck-Institut für experimentelle Medizin as well as from the Max-Planck-Institut für Dynamik und Selbstorganisation and the German Primate Center participate. 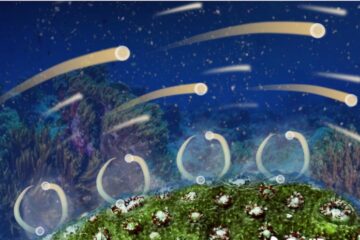 Watching corals breathe: Researchers develop a new method to simultaneously measure flow and oxygen. The surface of a coral is rugged. Its hard skeleton is populated by polyps that stretch… 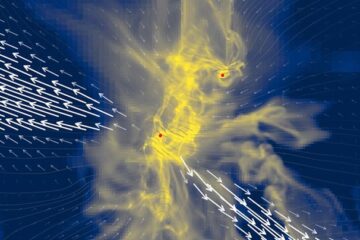 Nearly half of Sun-size stars are binary. According to University of Copenhagen research, planetary systems around binary stars may be very different from those around single stars. This points to… 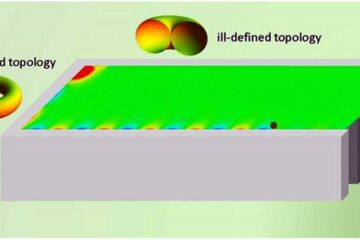 Pairing two waveguides, one with an ill-defined topology, another with a well-defined one, can lead to a topological singularity, with potential for extreme wave phenomena, energy harvesting, and enhancing nonlinear…