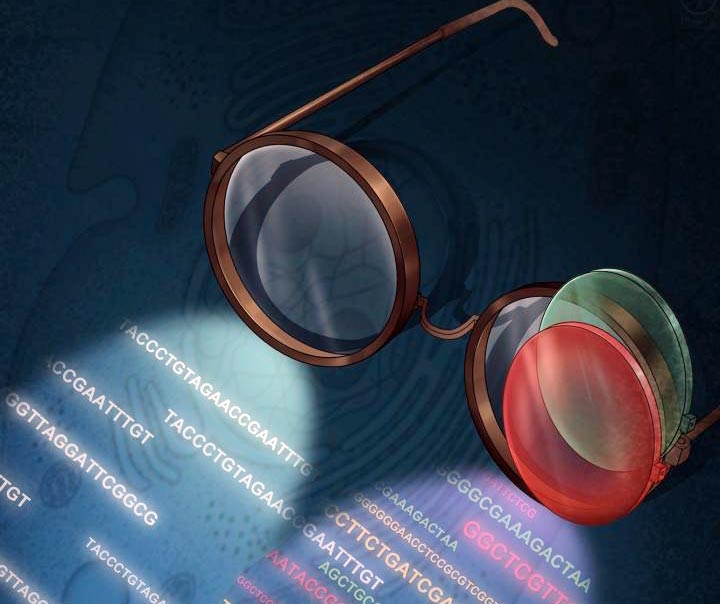 A team led by a biomedical scientist at the University of California, Riverside, has developed a new RNA-sequencing method– “Panoramic RNA Display by Overcoming RNA Modification Aborted Sequencing,” or PANDORA-seq — that can help discover numerous modified small RNAs that were previously undetectable.

RNA plays a central role in decoding the genetic information in DNA to sustain an organism’s life. It is generally known as the intermediate molecule used to synthesize proteins from DNA. Cells are full of RNA molecules in complex and diverse forms, two main types being ribosomal RNA, or rRNA; and transfer RNA, or tRNA; which are involved in the synthesis of proteins.

The development of high-throughput RNA sequencing technologies — useful for examining the quantity and sequences of RNA in a biological sample — has uncovered an expanding repertoire of small RNA populations that fine-tune gene expression and protect genomes.

“PANDORA-seq can be widely used to profile small RNA landscapes in various physiological and disease conditions to facilitate the discovery of key regulatory small RNAs involved in these conditions,” said Qi Chen, an assistant professor of biomedical sciences in the UCR School of Medicine, who led the study published today in Nature Cell Biology. “Modified small RNAs wear an ‘invisibility cloak’ that prevents them from being detected by traditional RNA-sequencing methods. How many such modified RNAs are there? What is the origin of their sequences? And what exactly is their biological function? These are questions PANDORA-seq may be able to answer.”

PANDORA-seq employs a stepwise enzymatic treatment to remove key RNA modifications, which then takes off the invisibility cloak used by the modified small RNAs.

“PANDORA-seq has opened Pandora’s box of small RNAs,” said Tong Zhou, a bioinformatician at the University of Nevada, Reno School of Medicine and a co-corresponding author of the study. “We can now dance with these once invisible partners in the RNA ballroom.”

According to Chen, PANDORA-seq uncovers a surprising small-RNA landscape that is dominated by tsRNAs and rRNA-derived small RNAs, or rsRNAs, rather than microRNAs, which were previously believed to dominate many mammalian tissues and cells.

“With PANDORA-seq, we found unprecedented microRNA/tsRNA/rsRNA dynamics when somatic cells are reprogrammed to induced pluripotent stem cells, which are generated by adult cells and have properties similar to those of embryonic stem cells, making them capable of differentiating into all cell types of the body,” said Sihem Cheloufi, an assistant professor of biochemistry at UCR and a co-corresponding author of the paper. “Some tsRNAs and rsRNAs can impact protein synthesis and even affect lineage differentiation in embryonic stem cells.”

Chen explained the current best-studied classes of small RNAs in mammals are microRNAs, which are abundant in mammalian somatic cells and control the kind and amount of proteins the cells make; and piRNAs, which are mainly expressed in the testis and modulate germ cell development.

“Currently, these small RNAs can be comprehensively profiled by high-throughput methods such as RNA sequencing,” he said. “However, the widely used small RNA sequencing protocols have intrinsic limitations, which prevent certain modified small noncoding RNAs from being detected during RNA sequencing. PANDORA-seq overcomes these limitations.”

Junchao Shi, a doctoral student working in Chen’s lab and the research paper’s first author is enthusiastic about the use of PANDORA-seq.

“The new method could revolutionize the view of small RNA landscapes,” he said. “Frankly, all previous studies using traditional RNA-sequencing may now need to be revisited.”

Cheloufi said the team now wants to understand how tsRNA/rsRNA are generated, how they function in stem cells, and how they orchestrate cell fate decisions during development.

“Answers to these questions are timely to develop diagnostic tools, identify therapeutic targets, and advance regenerative medicine,” she said.

While developing PANDORA-seq, Chen was reminded of the parable of the blind men and the elephant, which teaches truth is only revealed when various parts come together.

“We sometimes forget the big picture, being focused on just a small part of it,” he said. “Perhaps the only way to arrive at total truth — the big picture — is to push against our boundary of knowledge and confirm the revealed truth with newly devised technology.”

“It is fascinating to observe down the lenses of a microscope in the lab the profound cell fate change during cellular reprogramming and differentiation,” said Reuben Franklin, a doctoral student in Cheloufi’s lab and a coauthor on the study. “But PANDORA-seq allows us to eavesdrop on the molecular players during these processes.”

Chen, Cheloufi, Shi, Zhou, and Franklin were joined in the research by scientists at various institutions in the United States, United Kingdom, and China.

Chen and Cheloufi were funded by the National Institutes of Health and UCR startup funds.

The title of the paper is “PANDORA-seq expands the repertoire of regulatory small RNAs by overcoming RNA modifications.”

The University of California, Riverside is a doctoral research university, a living laboratory for groundbreaking exploration of issues critical to Inland Southern California, the state and communities around the world. Reflecting California’s diverse culture, UCR’s enrollment is more than 25,000 students. The campus opened a medical school in 2013 and has reached the heart of the Coachella Valley by way of the UCR Palm Desert Center. The campus has an annual statewide economic impact of almost $2 billion. To learn more, email news@ucr.edu.