New insights into the earliest events of seed germination 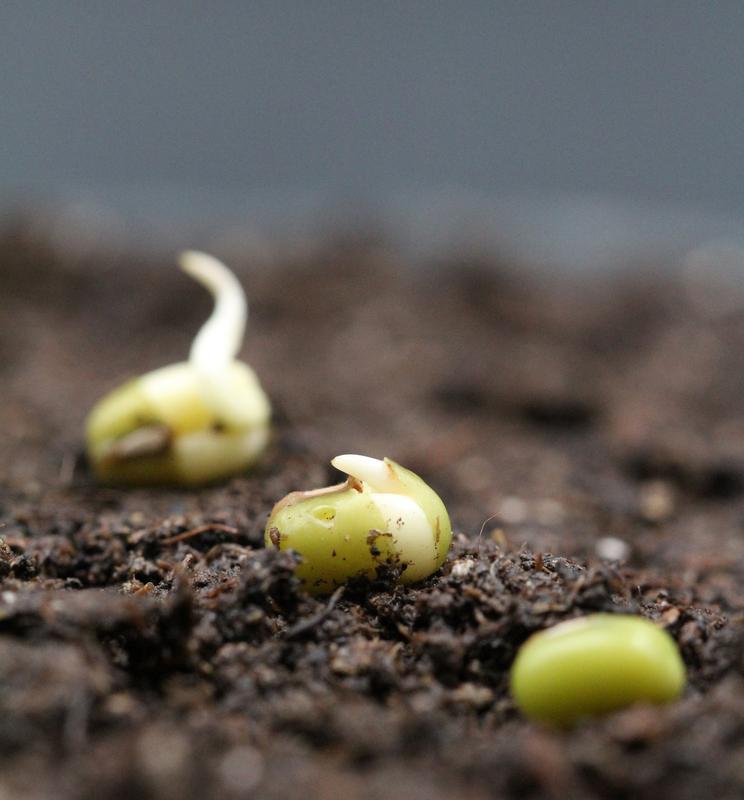 Plant seeds may strike the casual observer as unspectacular – but they have properties that are nothing short of superpowers. In a dry state they can store their energy for years and then suddenly release it for germination when environmental conditions are favourable.

One striking example is the “super bloom” in the Death Valley National Park, when seeds that have endured the dry and hot desert for decades suddenly germinate at rainfall followed by a rare and spectacular desert bloom several months later. Seeds conserve a fully formed embryo, which only continues growing when conditions are right for it to do so. This may be the case only years – or in more extreme cases even centuries – later.

Seed germination is controlled by several plant hormones, which are researched intensely. However, not much was known about the processes that need to take place to allow the hormones to function. How is energy in the seed made available? How can energy metabolism be started early and efficiently? An international team of researchers has now been looking into these questions.

Using a new type of fluorescent biosensors, the researchers observed, in living seed cells, both energy metabolism and the so-called redox metabolism, which relies in sulphur.

The researchers discovered that when the seeds came into contact with water, energy metabolism was established in a matter of minutes, and the plant cells’ “power stations” – known as mitochondria – activated their respiration. The researchers also found out which molecular switches are activated to enable energy to be released efficiently – with the so-called thiol-redox switches playing a central role.

“By looking into the very early processes of germination control, we can gain a better understanding of the mechanisms driving seed germination,” says Prof. Markus Schwarzländer from the University of Münster (Germany), who led the study.

“In future we could think about how such switches could be used in crop biotechnology.” The results of the study could be of relevance in farming, when seeds need to keep their germination vigour for as long as possible on the one hand, but should also germinate in synch and with minimal losses on the other hand. The study has been published in the journal “PNAS” (Proceedings of the National Academy of Sciences).

In order to be able to observe the activities taking place in the energy metabolism, the researchers visualized under the microscope adenosine triphosphate (ATP), the general currency for energy in the cell, and Nicotinamide adenine dinucleotide phosphate (NADPH), the electron energy, in the mitochondria. They compared seeds from thale cress: both dry seeds and seeds “imbibed” with water.

To find out whether the redox switches are important for kick-starting germination, the researchers deactivated specific proteins using genetic methods and then compared the reaction shown by the modified seeds with that of the unmodified ones. The researchers allowed the seeds to age artificially in the laboratory, and they saw that the seeds germinated much less actively if they lacked the relevant proteins.

The researchers’ next step involved so-called redox proteome analysis, i.e. they examined the relevant redox proteins in their entirety with the use of biochemical methods. For this purpose, they isolated active mitochondria and flash-froze them in order to be able to study this state directly where the process was taking place. The researchers then used mass spectrometry methods to identify several so-called cysteine-peptides which are important for resource efficiency in energy metabolism.

“The process could be likened to the traffic control system of a large city. Before the rush hour – i.e. germination – starts, which puts large quantities of metabolites ‘on the road’, the traffic light and routing systems need to be switched on in the morning; and here this is done by the thiol redox switches,” explains lead author Dr. Thomas Nietzel, who carried out most of the experiments as part of his PhD at the Institute of Crop Science and Resource Conservation at the University of Bonn and later as a postdoctoral researcher at the Institute of Biology and Biotechnology of Plants at the University of Münster.

In addition to the University of Münster, other universities involved in the study were those of Greifswald, Bonn, Heidelberg, Aarhus (Denmark) and Lorraine (France) – as well as the Research Institute of Horticulture and Seeds in Beaucouzé (France) and the Max Planck Institute of Plant Breeding Research in Cologne. The study received financial support from the German Research Foundation (DFG).