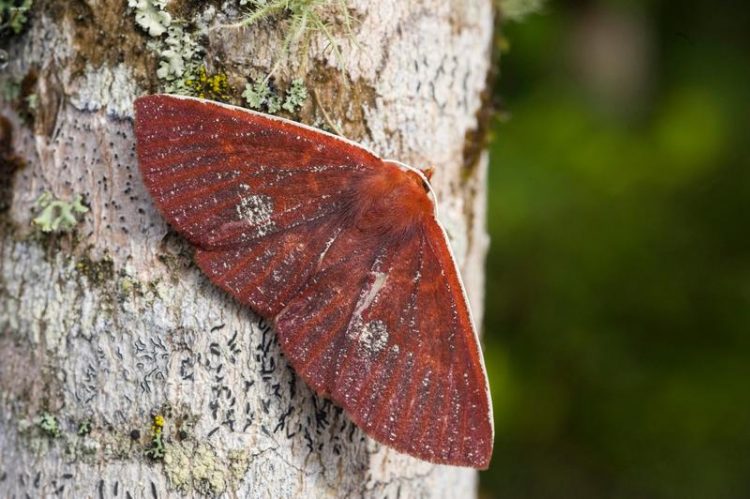 The rain forests in the mountains of the tropical Andes are amongst the most biodiverse regions on the planet. But the multitude of ants, beetles, moths and butterflies which can be found here are largely unknown.

An international team of researchers recently drew up a thorough inventory of the family of the species of looper moths (Geometridae). They came up with a surprising result: The diversity of these moths is much greater than was previously assumed. The scientists working with Dr Gunnar Brehm of the Friedrich Schiller University Jena (Germany) give an account of it in the online open access science journal PLOS ONE http://dx.plos.org/10.1371/journal.pone.0150327

In the Podocarpus National Park in southern Ecuador between about 1,000 and 3,000 meters above sea level, the team collected and identified moth species. They were able to track down 1,857 different species – this is about 80 percent more than previous estimates suggested.

“We assume that the diversity of moths is in actual fact even higher,“ Dr Brehm, the leading scientist of the study says. The researcher from the Institute of Systematic Zoology and Evolutionary Biology with Phyletic Museum estimates that at least 2,350 species could be discovered here.

By way of comparison: In the whole of Europe there are less than 1,000 geometrid moths. However, the researched region in Ecuador comprises only about 25 square kilometres. In the rain forests of Borneo, which are equally well known for their biodiversity, 'only' 1,100 species of Geometridae are known. “It is especially remarkable that the diversity is similarly high at an altitude of 3,000 meters as at 1,000 meters,” Dr Brehm says. Such a pattern is extremely unusual as most animal groups get scarcer at higher elevations.

The significant rise of the diversity of the moth species – as opposed to earlier estimations and studies – can be explained by improved methods to identify the moths – according to the researchers from Germany, Canada, the USA and Austria. Brehm and his colleagues used a method of identification which allows a fast and precise categorization. They use 'DNA-barcodes' – defined areas in the genetic information of the moths – which distinguish nearly every species in an unmistakable way. “This is a successful way to distinguish even very similar looking or closely related species from each other,” Brehm says.

Beginning in1999, Gunnar Brehm undertook six field trips to Ecuador and analyzed more than 30,000 specimens of moths. This 'inventory of geometrid moths' is at the same time also a race against time. And here is why: the biodiversity of the tropical rain forests is in great danger. According to predictions, about half of all species will be extinct within the next two centuries.

Climate change or deforestation are bound to destroy their habitat. “This is equally true for the mountain rain forests of the Andes,“ says Brehm who was able to witness it in the field. Year after year in hundreds of square kilometres of wood in Ecuador are being slashed and burned. As time is running out, Brehm and his colleagues are heading towards their next destination: they are planning to categorize the diversity of moths 1,000 kilometres southwards in the Peruvian Andes.