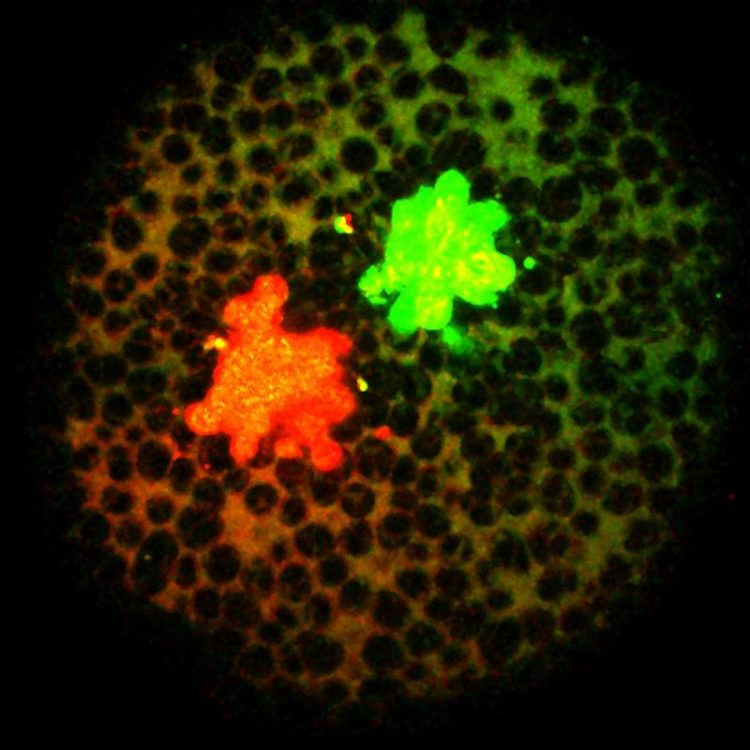 This basic mechanism of early embryonic development may also help to guide tissue engineering approaches for regenerative medicine in the future. The findings were published in the scientific journal Cell Reports.

It is like a well-choreographed dance: During early embryonic development, cells differentiate and move from an apparently chaotic clump to their final destination. In this way, patterns emerge from the cell clump, and the axes of the embryo develop along which the body parts emerge.

Signaling molecules organize the choreography of this dance piece. They assign the immature cells their place in the embryo and ensure that they take on the intended role and function during their maturation process, so that for instance limbs or organs can form.

These two signaling molecules are also responsible for the formation of the head-to-tail body axis. Strikingly, when Nodal and BMP are artificially introduced into zebrafish embryos, these signaling molecules can even trigger the formation of a complete secondary axis – a Siamese twin.
The proper ratio between Nodal and BMP is decisive for the development of the axes.

“A gradient along the axes is created from both molecules, and depending on how much Nodal or BMP is present, the fate of the embryonic cells in this area is determined,“ explains Gary Soh, first author of the publication.

“If there is a lot of Nodal but little BMP, head structures are created; if the ratio is inverse and BMP is higher, a tail forms. However, so far it has been unclear how this gradient is created and how the cells of the embryo respond to this gradient.“

To address this question, Soh and colleagues labeled zebrafish Nodal and BMP with fluorescent proteins and tracked the formation of the resulting secondary axes. Since zebrafish embryos are transparent, the researchers were able to observe how both signaling molecules become distributed in the embryo. The surprising result: Nodal and BMP have very similar distributions.

So how are these distributions read out, such that the cells along the embryonic body axis assume different identies and perform different functions? This is where additional signaling molecules come into play: molecules of the so-called Smad family.
Nodal and BMP activate these molecules – but not equally, as the scientists found out.

As a consequence, different concentrations of the Smad molecules arise along the emerging axis. “We found that cells develop along different paths depending on the ratio between activated Smad2 and Smad5,” explains Soh.

“These different ratios seem to create a kind of code that ultimately controls what cell type forms where“.

The scientists have revealed a fundamental mechanism of early embryonic development, which in the long term might also help to guide approaches for the differentiation of stem cells into specific tissues for regenerative medicine.