Home / Life Sciences / How barbastelle bats trick moths that are able to hear their echolocation calls
14.03.2018 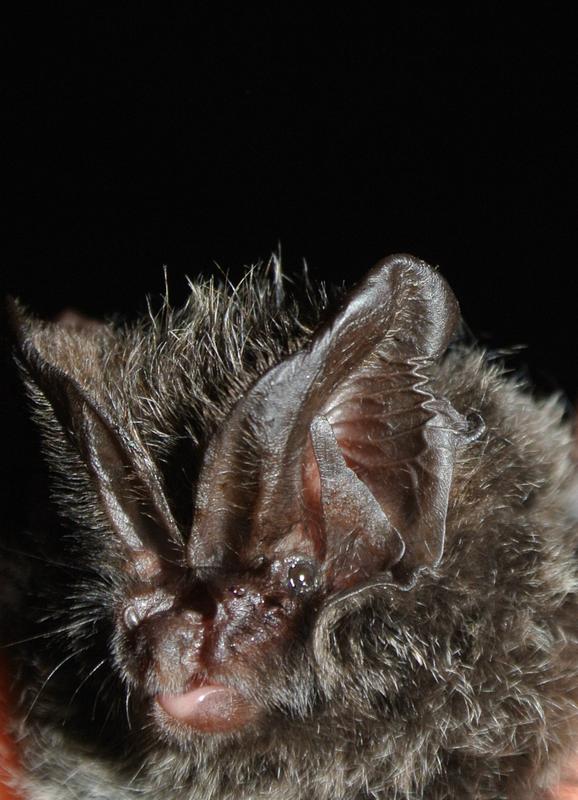 Recording the hunting behaviour of this intriguing species, researchers have now found that barbastelle bats sneak up on unsuspecting moths by gradually emitting even fainter calls as they come closer.

The barbastelle bat, with its characteristic bumpy face, is a very successful hunter that manages to almost exclusively feed on eared moths. Comparable with stealth fighter jets, barbastelle bats use a 'stealth echolocation' tactic – echolocation at intensities that are inaudible to distant moths – to ambush prey. Their calls are more than 10 times quieter than those of other bats which hunt insects in the same way.

Upon detecting a nocturnal moth, this intriguing bat species reduces its call intensity even further while closing in, according to new research by ecologists at the Max Planck Institute for Ornithology in Germany.

Consequently, call intensity heard by the moth only increases very slowly, delaying the time and shortening the distance at which it becomes aware of the attacker. Once a moth hears the calls, it is most likely too late to escape.

“Barbastelle bats call with surprisingly low intensity, usually a characteristic of species that hunt in cluttered habitats and need to avoid distracting echoes from branches and leaves. Low intensity calls come at a cost though. They do not reach far and as a result, insects can only be detected from a close distance,” says Dr Daniel Lewanzik from the Max Planck Institute of Ornithology.

To test why the barbastelle can catch eared moths when other bats cannot, the authors closely investigated echolocation behaviour during pursuit and final attack.

They tethered moths (Noctua pronuba) to a long fishing rod with a miniature microphone positioned a few centimetres above, offering them to free-ranging barbastelle bats in a forest and to captive ones in a flight room. This allowed the team to analyse the echolocation calls from a moth's perspective. Simultaneously, the researchers recorded the calls of approaching bats with a four-microphone array in order to reconstruct three-dimensional flight paths and thus measure their distance to the moths.

Barbastelle bats can detect moths at about 1.6 m distance. Once approaching their unsuspecting prey, the bats lower their already faint calls by 4 decibels (dB) or 40% for each halving of distance. During the final buzz when they are less than 1 m away, call intensity decreases by more than 6 dB or 50% per halving of distance*.

Echolocation call levels received by the moths remain almost constant during the attack (instead of doubling per halving of distance) as a result of the bats' stealth tactic, keeping them low enough to prevent the moth from escaping.

“Our results suggest that barbastelle bats are able to outwit the hearing defence of moths and close in without triggering any last-ditch manoeuvres, making them very successful moth hunters, ” concludes Dr Holger Goerlitz, also from the research institute. “In fact, the evolution of moth ears might benefit barbastelles as they can avoid competition with other, louder bats.”

For more information on this study, please contact the authors:

To request a pdf copy of the study and/or audiovisual material, please contact: