How antibiotic resistance persists thanks to selfish genetic elements 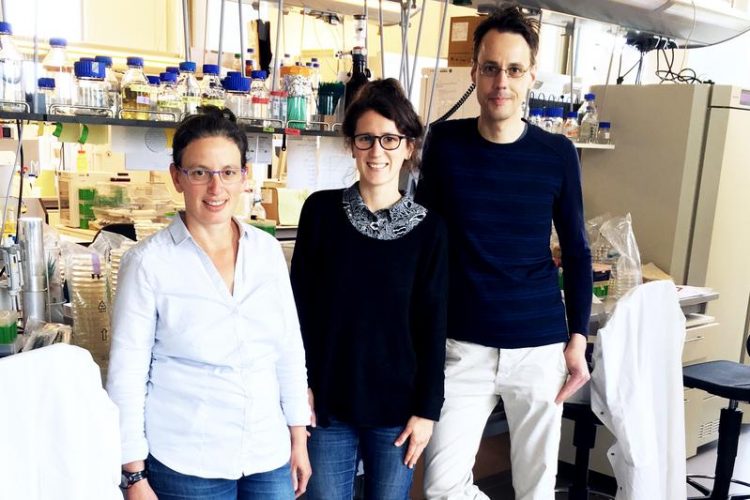 Parts of the genetic information of many microorganisms are located on so-called plasmids. These are genetic elements which consist of a single DNA ring, and can reproduce independently of their host.

Most bacteria carry plasmids as they enable them to acquire new genetic information by a process that is termed horizontal gene transfer. During this process plasmids can supply bacterial cells with novel genetic material, and also transfer it across the boundaries of other bacterial species.

Thus, this process allows bacteria to quickly adapt to changing environmental conditions, which is particularly an advantage for bacterial pathogens. However, plasmids aren’t available “for free” for the host organism, as they use the host cells’ resources for their energy requirements and reproduction.

Therefore, scientists have assumed that plasmids are only hosted by bacteria for as long as they can provide an evolutionary advantage. A research team from the Institute of General Microbiology at Kiel University (CAU), together with colleagues from the Israeli Ben-Gurion University of the Negev, have demonstrated that this is not always the case:

Using the model organism Escherichia coli, a bacterium which frequently occurs in the intestine of various vertebrates, the scientists in a research project of the Kiel Evolution Center (KEC) were able to show that plasmids can survive permanently in bacteria, even without an apparent benefit for the host.

However, in the long term, this enables bacteria to retain a potential benefit for rapid evolutionary adaptation in fluctuating environments. The Kiel research team published their findings today in the renowned journal Nature Communications.

Positive selection pressure ensures that certain plasmid functions persist when beneficial for the host. Such an external selective pressure for adaptation would be, for example, the introduction of an antibiotic. Here, the bacteria benefit from the resistance genes carried by the plasmids that provide antibiotics resistance to the cell.

To date, it was assumed that plasmids are also a burden for the bacterial cell, and therefore only exist for as long as they are needed. If the bacteria are no longer exposed to the antibiotics, and therefore the selection pressure is no longer present, the plasmids should theoretically be slowly lost and become extinct.

However, as diverse plasmids are highly abundant in nature, this assumption cannot be realistic. To find out what actually happens to plasmids without selection pressure – i.e. without the antibiotics – the Kiel research team conducted an evolutionary experiment.

For this purpose, the team monitored the bacterium Escherichia coli for a total of 1,000 generations. They examined how a certain plasmid – which was previously unstudied, but known to occur in numerous bacterial hosts – behaves in the absence of such selection pressure – i.e. where the host obtains no functional advantage from its existence.

“Our research results show that the frequency of plasmids decreases without antibiotics, but that they can survive at a low and stable level,” explained Tanita Wein, doctoral researcher in the Genomic Microbiology working group at the CAU and first author of the study. “With these findings, we deliver a new, evolutionary explanation for the ubiquitous occurrence of plasmids in nature” said Wein.

In order to also investigate the influence of environmental conditions on the survival of the plasmids, the researchers compared the effects of different ambient temperatures: on the one hand, the optimum temperature for the prosperity of the host bacteria of 37° C, and on the other hand, stress-inducing conditions of only 20° C. The results of this experiment showed that the plasmid frequency decreased slower at cold temperature compared to their preferred temperature range.

Thus, the survival of plasmids in bacteria depends not only on positive selection for the plasmid function, but is also strongly influenced by the environmental conditions.

“We show that unfavourable conditions for the bacteria may be favourable for the plasmid persistence as the plasmids may reproduce more efficiently,” emphasised the microbiologist Wein. Therefore, the survival of the plasmids may be a process that is intrinsically controlled, and is not necessarily associated with an advantage for the organism as a whole,” explained Wein.

Better understanding of the rapid spread of resistance

Another important aspect was discovered by the Kiel research team, which is also supported by the DFG priority programme (SPP) 1819 “Rapid evolutionary adaptation”, when they exposed the bacteria to antibiotics after the experiment under non-selective conditions. Even a single dose caused all of the following generations of bacteria to have 100 percent resistance to the drug. In such a case, one speaks of an “evolutionary bottleneck”, through which figuratively speaking only the insensitive individuals may progress.

Thus, the new research findings show that in the course of evolution, the stable survival of the plasmids ensures that the antibiotic resistance of the bacteria can remain latently present, even if the bacteria had not previously come into contact with the antibiotic substance.

“Our findings based on the example of a specific plasmid type therefore offer promising approaches for future research on the role of plasmids in bacterial rapid adaptation to fluctuating conditions,” summarised Professor Tal Dagan, KEC member and head of the Genomic Microbiology working group.

About the KEC:
The Kiel Evolution Center (KEC) is an interactive platform at Kiel University that aims to better coordinate evolutionary researchers in Kiel and surroundings. Furthermore, under the key term of “Translational Evolutionary Research”, specific bridges should be built between fundamental research and practical applications. Alongside the promotion of science, the focus of the Kiel Evolution Center also expressly includes teaching and public relations work. In addition to CAU, there are researchers involved from the Helmholtz Center for Ocean Research Kiel (GEOMAR), the Max Planck Institute for Evolutionary Biology in Plön (MPI-EB) and the Research Center Borstel (FZB), Leibniz Center for Medical and Life Sciences.