The function of brain macrophages is controlled by metabolites of gut bacteria, called short-chain fatty acids. Mice without gut bacteria developed stunted microglia. This study highlights the importance of a balanced diet for the prevention of brain diseases and indicates that there may be a link between gut bacteria and the genesis of neurodegenerative diseases. These findings will be published in the renowned journal Nature Neuroscience.

Microglia are also known as phagocytes of the brain, or brain macrophages. They eliminate invading pathogens and dead brain cells, thus contributing to the brain’s life-long plasticity. Malfunctioning microglia cells play a role in a number of brain diseases. Until now, the maturing and activation of these cells has been unclear.

Together with the lead authors, Dr Daniel Erny and Anna Lena Hrabě de Angelis he has been able to demonstrate – using different mouse models – that a functioning immune system of the brain depends on healthy gut bacteria. The researchers examined animals that had been raised and kept in a completely sterile environment. The animals’ microglia were stunted and immature, and hardly responded to the brain’s inflammatory signals. “Our results indicate a constant flow of information between gut bacteria and brain macrophages,” so Prof. Prinz.

Animals whose intestinal bacteria had been eliminated by a four-week course of antibiotics also showed an impaired immune response. When put into contact with animals harbouring a normal gut flora, the previously sterile animals quickly developed their own intestinal flora, which had a positive effect on their immune response. According to the neuropathologist, the general outcome was that “the more diverse the gut bacteria, the better developed were the microglia.”

The researchers showed that short-chain fatty acids function as signal between the intestinal flora and the microglia in the brain. Short-chain fatty acids are a product of the bacterial fermentation of fibres, dairy products and other foods. They can travel to the brain via the bloodstream, where they help microglia cells to quickly and efficiently fight any inflammatory reactions. “Our findings show just how important a balanced diet, contributing to bacterial production of short-chained fatty acids, is for mental health,” says Prof. Prinz.

Does intestinal flora also have an effect on Alzheimer’s, Parkinson’s and multiple sclerosis?

The study may well be very relevant for humans. “Our study results are in line with previous clinical studies and investigations by other research groups,” explains Prof. Prinz. Autoimmune disorders of the intestines, such as Crohn’s disease, have been linked with a lack of short-chained fatty acids. There have been investigations into treatment by stool transplantation, meaning that the intestinal flora is transferred from one person to another. How strong the effect of the gut microbiome on the functioning and development of the human brain actually is, remains to be investigated. 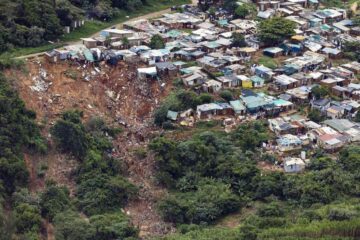