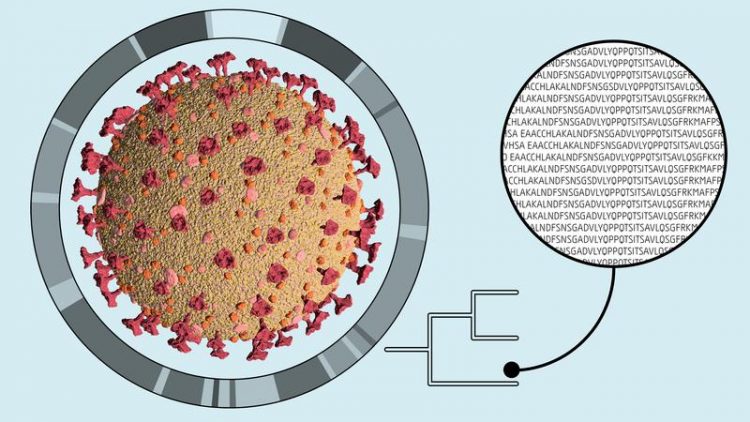 The COVID-19 outbreak caused by the coronavirus SARS-CoV-2 was declared a pandemic by the World Health Organization (WHO) on 12 March 2020. It is thought to have been transmitted from wild animals to humans in the Chinese province of Hubei already in November 2019.

More than 180 countries have been affected, and the COVID-19 disease already caused tens of thousands of deaths.

In an effort to understand the evolution of the virus in the human population, the international research community has started to make the genome sequences of circulating SARS-CoV-2 viruses openly available. No virus genomes of isolates from Austria were reported so far, which presented a considerable gap in the comparative analyses of global transmission routes and of the evolution of this virus.

“Together with the Center for Virology of the Medical University of Vienna, we developed a rapid-response strategy to generate SARS-CoV-2 whole genome sequences from patients in a time-effective manner. This addresses pertinent questions of national public health concerns and medical research such as tracking of infection chains or time-resolved viral analyses during the different stages of acute respiratory disease caused by SARS-CoV-2”, says Andreas Bergthaler, project co-coordinator and CeMM Principal Investigator.

Initial sequence analysis of the 29,900 nucleotide-long SARS-CoV-2 genomes from Austria revealed on average 6 mutations different to the reference genome isolated in Wuhan, the capital city of the province of Hubei, China in December 2019. The observed number of mutations is in line with other recently reported SARS-CoV-2 genomes.

Most of the observed mutations lead to changes in viral proteins, providing evidence for positive selection pressure and evolution within the human population. Assessing the actual impact of these mutations for the virus life cycle and its interactions with both the host and the immune system will be within the scope of future investigations.

Ongoing in-depth genomic analyses focus on mutational hotspots, dissect viral diversity between the Austrian strains and the strains from other countries as well as study the mutational dynamics of pandemic SARS-CoV-2.

The project builds on an adapted viral evolution sequencing pipeline, which CeMM researchers had developed and applied to a different RNA virus previously, and puts CeMM and its partners in a unique position for in-depth investigations of the mutational dynamics of SARS-CoV-2. To support the CeMM initiative, the Vienna Science and Technology Fund (WWTF) has awarded the project with €50,000 sequencing funds, as part of the WWTF COVID-19 Rapid Response Funding 2020.

The first milestone of the project has been achieved by today’s release of the first 21 SARS-CoV-2 genome sequences into the public databases of GISAID and nextstrain.org.

Together with numerous national partners including Elisabeth Puchhammer-Stöckl and her team from the Center for Virology of the Medical University of Vienna as primary collaborator, the Austrian Agency for Health and Food Safety (AGES) and several universities across Austria, CeMM researchers will continue these efforts to complete the sequencing of 1,000 viral genomes within the next weeks.

“Whole genome sequence information of 1,000 patient-derived virus samples will provide a clearer picture of the mutation dynamics of the Austrian strains and enable the comparative analysis of these locally circulating strains in the global context. Thereby, this project will support the ongoing epidemiological and clinical investigations for better molecular insights into the spread of SARS-CoV-2 and how to fight this ravaging viral pandemic”, says Christoph Bock, Head of the Biomedical Sequencing Facility of CeMM and MedUni Vienna and Principal Investigator at CeMM.

The elucidation of the first genomes of circulating SARS-CoV-2 strains in Austria was the first milestone of this inter-disciplinary project. CeMM, the Research Center for Molecular Medicine of the Austrian Academy of Sciences, as the primary medically-oriented research center in the country, is understanding and willing to take up the challenge of assisting the medical world to fight the disease.

Together with a growing network of national and international collaboration partners, it will provide valuable scientific data for health care professionals, epidemiologists and public health experts as well as offer the opportunity to molecularly dissect the mutational landscapes and dynamics of this pandemic virus.

Such insights will be critical to understand how the virus evolves during human-to-human transmission and to assess its potential to subvert vaccine responses or acquire resistance against future antiviral drugs.