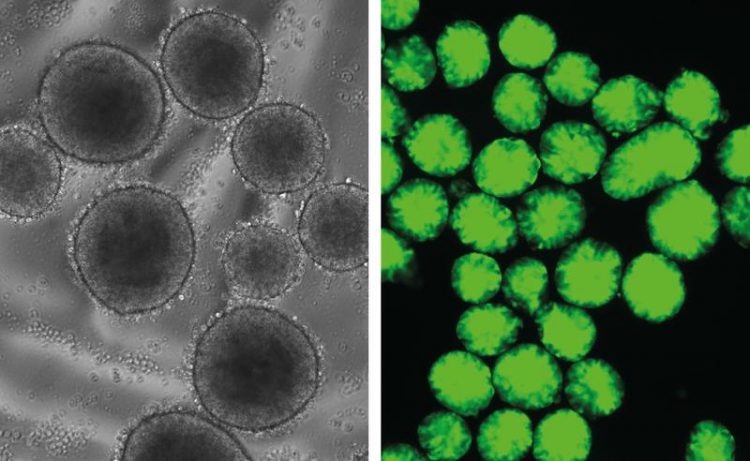 While somatic cells represent specialized cells and are predetermined for one particular cell type, pluripotent stem cells can differentiate into quite a variety of different cell types. This very property is used for the development of cell therapeutics.

Not only the conversion of a normal body cell into the induced pluripotent stem cells is of scientific interest, but the road from these “formable” cells into the desired cell type (effector cell), too, represents a challenge in research.

This can be supported, among other things, by transcription factors inserted by genetic modification of the pluripotent cells. Only the activity in defined time windows will generate a benefit. Insertion of the foreign genetic information into the cells is frequently carried out using retroviral vectors.

Defective cells can thus be corrected, or the efficiency of somatic cell production from iPSC can be enhanced.

During this process, however, integrated retroviral vector genomes are often “silenced” by epigenetic mechanisms. This involves methyl groups, which are attached to certain gene sections (transgenic expression cassettes).

These methyl groups have a kind of sealing effect. The advantage of these newly inserted genes is then lost, and even the differentiation of the cells can be stopped.

For this purpose, they inserted various fragments of the human HNRPA2B1-CBX3 UCOE into inducible retroviral vectors. The vectors can be induced using a promoter which is in turn activated by the antibiotic tetracycline. This one vector contains all that is necessary. Thanks to this property, it is also referred to as “all-in-one vector”.

In a next step, the researchers tested the functionality of the vectors in various cell lines and in iPSCs of mice and men. They were able to prove that inserting the UCOE would not impair the regulation of the vectors. Switching them on – which is important for good therapeutic efficacy – and off was possible without any problems.

This, in turn, is important to avoid effects of interference. Some of the tested vectors preserved their activity in iPSC of mice and humans, both in the pluripotency, and in the differentiation stage.

From the researchers’ point of view, these new vectors allow genetic modification of iPS cells with safe regulation of transgene expression. In a next step, the researchers swill use the vectors to efficiently produce blood cells from iPS cells.

https://www.sciencedirect.com/science/article/pii/S014296121830783X?via%3Dihub – Abstract
https://www.pei.de/EN/information/journalists-press/press-releases/2018/25-chrom… – this press release on the PEI Website