Bacteria as pacemaker for the intestine 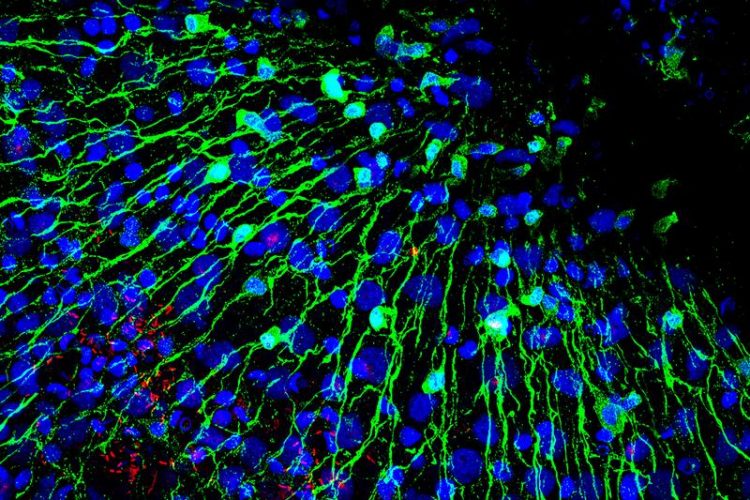 Spontaneous contractions of the digestive tract play an important role in almost all animals, and ensure healthy bowel functions. From simple invertebrates to humans, there are consistently similar patterns of movement, through which rhythmic contractions of the muscles facilitate the transport and mixing of the bowel contents.

These contractions, known as peristalsis, are essential for the digestive process. With various diseases of the digestive tract, such as severe inflammatory bowel diseases in humans, there are disruptions to the normal peristalsis.

To date, very little research has explored the factors underlying the control of these contractions. Now, for the first time, a research team from the Cell and Developmental Biology (Bosch AG) working group at the Zoological Institute at Kiel University (CAU) has been able to prove that the bacterial colonisation of the intestine plays an important role in controlling peristaltic functions.

The scientists published their results yesterday – derived from the example of freshwater polyps Hydra – in the latest issue of Scientific Reports.

The triggers for the normal spontaneous contractions of the muscle tissue are so-called pacemaker cells of the nervous system. In a specific rhythm and without any external stimulation, they emit electrical impulses, that ultimately reach the smooth muscles of the intestinal wall, and cause them to contract. Although the impulses as such occur by themselves, their frequency and intensity, however, are subject to external influences.

“The example of the simple freshwater polyp Hydra has shown us that the bacterial colonisation of the organism can affect the contractions of its digestive cavity. Most likely they do so by modulating the underlying pacemaker signals,” said Professor Thomas Bosch, head of the study and spokesperson for the Collaborative Research Centre (CRC) 1182 “Origin and Function of Metaorganisms”.

Unlike other more complex organisms, Hydra have no bowel in the true sense of the word. Their simple body cavity assumes, amongst other things, the function of a digestive tract; the surrounding tissue also exhibits the typical contractions associated with more highly-developed intestines.

To find out how peristalsis is regulated in the freshwater polyps, the researchers compared normal Hydra which had typical bacterial colonisation with those that had their microbiome completely removed with an antibiotic cocktail. In comparison, these organisms without bacterial colonisation – also referred to as germ-free polyps – exhibited a reduction in contractions by about half. At the same time, the rhythm of the movements became disrupted, and some of the breaks between the contractions were much longer. Thus, the absence of the typical microbiome in Hydra compromised the peristaltic movements in the body cavity.

In a further step, the scientists restored the specific bacterial colonisation in the germ-free organisms. Initially, they introduced each of the five most common bacterial species found in the Hydra microbiome individually back into the sterile polyps. It turned out that this individual bacterial colonisation has no appreciable effect on the frequency and timing of contractions. Only the joint re-introduction of the five main representatives of the microbiome led to a marked improvement in peristalsis, although even then, the pattern of contractions was not fully normalised. Interestingly, an extract produced from the colonising bacteria had a similarly positive influence.

From these observation the Kiel research team concluded that only the natural Hydra microbiome – characterised by a balance between the bacterial species present – can play an important pacemaker role in peristalsis. They discovered that, in this case, certain molecules secreted by the bacteria can intervene in the control mechanism of the pacemaker cells. As such, bacterial signals can have a decisive effect on the pattern of spontaneous peristaltic contractions. “We were able to demonstrate for the first time that in our simple model organism, the microbiome has an indispensable function in the frequency and timing of tissue contractions,” emphasised Bosch.

In addition, the example of the evolutionarily ancient model organism Hydra shows us that the control of vital processes of multicellular organisms by their bacterial symbionts already originated very early in the evolution of life, continued Bosch. These ground-breaking results are especially promising for medical research: “The fundamental explanation of the cooperation between organism and microbiome in regulating peristalsis will in future help us to understand the emergence of severe diseases, which arise from disrupted movement of the intestine,” summarised Bosch.

Photos are available to download:
http://www.uni-kiel.de/download/pm/2017/2017-368-1.gif
Caption: The typical contraction pattern of the freshwater polyp Hydra: Contraction and relaxation of the same animal over the course of three minutes.
Animation: Andrea Murillo-Rincon, Dr. Alexander Klimovich