Home / Information Technology / What if the secret to your brain’s elusive computing power is its randomness?
08.09.2021

What if the secret to your brain’s elusive computing power is its randomness? 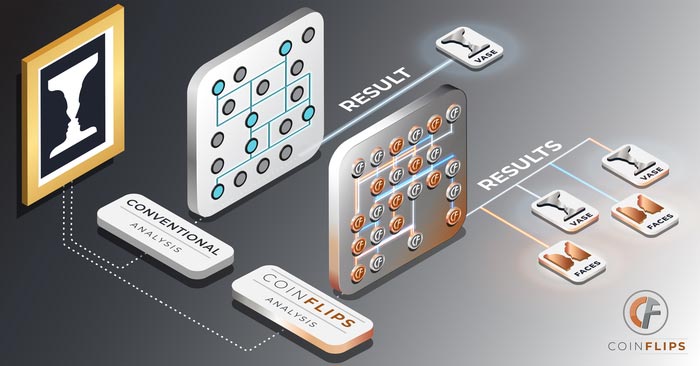 If you’ve ever asked a car mechanic how long a part will last until it breaks, odds are they shrugged their shoulders. They know how long parts last on average, and they can see when one is close to breaking. But knowing how many miles are left is extremely difficult, even using a supercomputer, because the exact moment a belt snaps or a battery dies is to some extent random.

Scientists at Sandia National Laboratories are creating a concept for a new kind of computer for solving complex probability problems like this. They propose that a “probabilistic computer” could not only create smarter maintenance schedules but also help scientists analyze subatomic shrapnel inside particle colliders, simulate nuclear physics experiments and process images faster and more accurately than is possible with conventional computers.

As part of a new microelectronics codesign research program, the Department of Energy’s Office of Science recently awarded the project $6 million over the next three years to develop the idea. Sandia will be working with Oak Ridge National Laboratory, New York University, the University of Texas at Austin and Temple University in Philadelphia.

A codesign microelectronics project involves multidisciplinary collaboration that takes into account the interdependencies among materials, physics, architectures and software. Researchers also will look at ways to incorporate machine learning methods.

The concept for a probabilistic computer runs opposite to how computers are normally built and programmed, Sandia scientist Brad Aimone said. Instead of making one that is perfectly predictable, Sandia wants one with built-in randomness that computes information differently every time.

“To a large degree, and at a great energy cost, we engineer computers to eliminate randomness. What we want to do in this project is to leverage randomness. Instead of fighting it, we want to use it.” said Aimone, who leads the project he and his team call COINFLIPS (short for CO-designed Improved Neural Foundations Leveraging Inherent Physics Stochasticity).

“What if, when I’m communicating with you, I flip a coin?” Aimone said. “If heads, you act on my message; if tails, you ignore it. We want to discover how you can use randomness like this to solve problems where probability is important.”

Aimone is an expert in technology that mimics the brain, including machine learning. He got his idea for a probabilistic computer from how brain cells talk to each other.

Inside your brain there are billions of cells called neurons that pass information across trillions of cell-to-cell connections called synapses, Aimone said. Whenever one neuron has a message, it sends a signal to lots of other neurons at the same time. But, only a random fraction on the receiving side carry on the message to more cells. Neuroscientists don’t agree why, but Aimone thinks it could be a reason why brains do some tasks better than computers, such as learning and adapting, or why they use less energy.

To imitate this brain behavior, scientists need to figure out how to generate trillions of random numbers at a time. That much randomness is too complex and takes too much power for computers, said Sandia’s Shashank Misra, who leads the COINFLIPS hardware team.

“We will need to get creative with new approaches, including new materials, atomic-scale control and machine learning-driven designs to generate the sheer volume of randomness needed and to make it useful for computation,” Misra said.

COINFLIPS will also identify tasks that benefit from randomness.

Probabilistic computers are part of a larger effort at Sandia to explore what computers in the future might look like. Researchers around the world have recognized that the rate at which computers are improving is slowing down, Aimone said. To break past the apparent limits of computers, scientists are looking at new, original ways of designing them.

Conrad James, the Sandia manager of the COINFLIPS team said, “Several of us at Sandia have been exploring brain-inspired computing and new design approaches for years. Encouraging more communication between mathematicians, algorithm developers and device physicists led to the formation of this team and research proposal.”

Sandia adds to other efforts to rethink computers

COINFLIPS was one of only 10 proposals selected nationwide to receive funding to design new, energy-efficient microelectronics. Separately, Sandia is lending its expertise in nanotechnology and computer modeling to another selected project led by Lawrence Berkeley National Laboratory.

These researchers will be redesigning nanosized sensors used in communications, imaging, remote sensing and surveillance technologies to be more compact, efficient and integrated into a computer processor.

“The photon absorption, the transduction to an electrical event and the measurement will all be part of one quantum system,” said Sandia physicist François Léonard, who is a member of the collaboration.

They will also attempt to enhance these sensors with advanced materials, such as carbon nanotubes, hollow carbon straws that are 100,000 times thinner than a strand of hair.

A third Sandia team consisting of researchers Alec Talin and Matt Marinella will be supporting another selected project that Oak Ridge National Laboratory is leading. Their research could help improve the energy efficiency of processing of information from sensors in autonomous vehicles, handheld devices and satellites.

Most of the time and energy that a computer chip needs are spent shuttling information between where it is stored and where it is processed, Talin said. But it might be possible to slash the power computers use by combining these two elements using brain-inspired devices developed at Sandia.

“The key idea is that in the brain, the memory and the logic (processing) are co-located in the same basic element, the neuron,” Talin said.

Fast, energy-efficient systems could potentially process complex tasks, such as recognizing images and translating languages in real time, on portable devices like smartphones without needing the computing power of the cloud, Talin said.