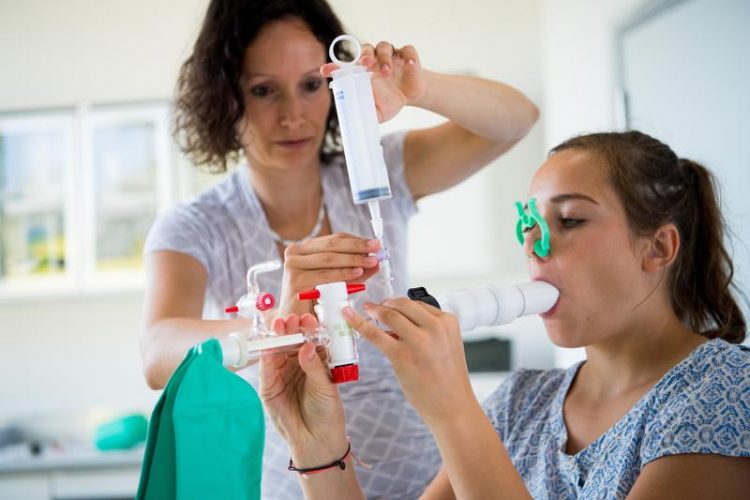 To increase their endurance, competitive athletes often train under oxygen-deficient conditions. This is traditionally conducted in select mountain regions, but meanwhile, also in training laboratories, in which the oxygen content of the ambient air is artificially reduced.

Now, Bayreuth sports physicians led by Prof. Dr. Walter Schmidt have shown that there is a third way to reduce the amount of oxygen transported in the bloodstream. Inhaled carbon monoxide prevents oxygen molecules from binding with haemoglobin, which normally supplies the body with oxygen.

Consequently, the body tries to adjust to the resulting lack of oxygen. In fact, it displays similar adaptation responses to those produced by altitude training.

“Targeted inhalation of carbon monoxide in small doses could therefore be a real alternative to altitude training or other measures that expose the body to a controlled oxygen deficit. However, before the method can be adopted in practice, there are ethical questions that need to be resolved, and some medical aspects to be researched in more detail”; says Prof. Dr. Walter Schmidt, who heads the Department of Sports Medicine & Sports Physiology at the University of Bayreuth.

In his opinion, carbon monoxide even has a stronger performance-enhancing effect than the hormone EPO, which has so often been used illegally by competitive athletes as a doping agent.

In very small quantities, however, carbon monoxide is even produced by the body itself, and is used – quite irrespective of any increase in athletic endurance – in clinical diagnostics and therapy. “Ultimately, the World Anti-Doping Agency (WADA) will have to decide whether increasing performance through carbon monoxide is an acceptable training method, or a new form of doping that must be banned,” Schmidt explains.

In the study, eleven subjects inhaled a small amount of carbon monoxide five times a day, for three weeks. This reduced the oxygen transport in their bloodstream by about five percent, which corresponded to being at an altitude of about 2,500 meters.

After three weeks, their total amount of haemoglobin had increased by five percent. This increase was accompanied by a measurable increase in endurance performance, and corresponded to the effects of altitude training camp over the same length of time.

In their study on the effects of carbon monoxide, the team of the Bayreuth sports scientists worked closely with scientists at TU Dresden and the University of Colorado Boulder/USA.