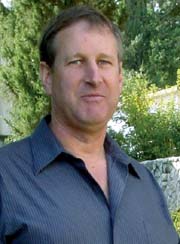 A fast and ingenious new way to detect toxic contamination of water has been developed by researchers at the Hebrew University of Jerusalem.

The method, currently undergoing further experimentation and development, has particular consequences for countering bioterrorism, but with less ominous, potential implications as well for medical technologies, pharmaceuticals and industry, plus environmental quality in general.

The work of the research team, headed by Prof. Shimshon Belkin, chairman of the Division of Environmental Science at the university’s Fredy and Nadine Hermann Graduate School of Applied Science, is described in the current issue of Scopus, the English-language magazine of the university.

The process developed by Belkin and his co-workers involves the genetic engineering of bacteria to sense toxicity in water. Two pieces of DNA: a “promoter,” which acts as an on-off switch for its neighboring gene, and a gene for a fluorescent protein are joined and inserted into the bacteria. When the promoter senses danger, the normally inactive gene is turned on and the bacteria become fluorescent.

Thus, the bacteria become “bioreporters;” that is, their activation indicates that there are toxic chemicals present in the water being sampled. The researchers hope to develop promoters with the ability to sense a broad spectrum of toxins and to do so as soon as they detect the slightest trace of undesirable chemicals in the water.

The engineered bacteria will be incorporated into a specialized micro-fluidic biochip, developed at Tel Aviv University by Prof. Yosi Shacham and his team. This chip will allow the miniaturization of the test system and its integration as a hand-held device. In parallel to the bacterial constructs, two other research groups are busy developing sensing systems based on either human cells (Dr. Efrat Rorman, Israel Ministry of Health) and yeast cells (Dr. David Engelberg of the Department of Biological Chemistry at the Hebrew University’s Silberman Institute of Life Sciences). Both of these systems are expected to provide toxicity data of a more direct relevance to human health and complement the bacterial information.

The use of this technology is expected to be much quicker and cheaper than the conventional methods for testing water toxicity, some of which are based on observations when fish or crustaceans are exposed to suspect water – a process which involves considerable delay.

In accomplishing this research, Prof. Belkin heads a multidisciplinary group, funded by the U.S. Department of Defense, that comprises teams from the Hebrew University, the Medical Corps of the Israel Defense Forces, the National Public Health Laboratories of the Israel Ministry of Health and Tel Aviv University. Working directly with Belkin at the Hebrew University have been Dr. Rachel Rosen, Dr. Rami Pedahzur and graduate student Itay Benovich.

Prof. Belkin envisions a day when army medics will carry hand-held biosensors which would be able to detect a broad range of toxicants and the level of the danger in the water being tested (the brighter the light, the higher the toxicity). The colors of the lights may also be engineered to indicate the type of toxin detected.

In an increasingly complicated and dangerous world, the ability to detect quickly and efficiently the safety of water may be – literally – the difference between life and death.