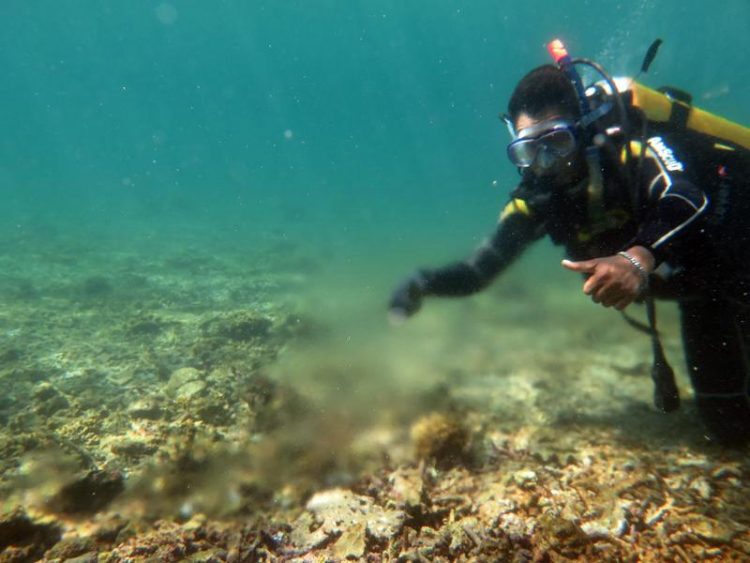 Olhos de Aqua – Eyes of Water – is the name of a popular holiday destination at the Portuguese Algarve. The name refers to an unusual natural phenomenon – during low tide fresh water flows from round springs to the surface.

Such springs are also present at the North Sea, for example in the flats near Sahlenburg at the southern end of the beach. At both locations coastal groundwater, having found its way through layers of rock or sand, flows along the gradient towards the sea. The water appears again near the water line or in some cases in up to 50 m sea depth as for example near the Croatian island of Braç. Such springs often exist in karst coastal regions made up mainly of cavernous limestone.

Submarine groundwater springs are widespread, but easy to overlook. Science hasn’t as yet given them much thought. “Quite wrongly”, says Nils Moosdorf, geologist at the ZMT. “It is estimated that submarine groundwater discharge makes up for up to 10% of the water carried into the sea through rivers.” Moosdorf studies the importance of such springs for humans and coastal ecosystems.

Together with his team he went on a search for submarine fresh water springs and got lucky finding evidence across the globe in ancient scripts, travel guides, diving magazines, press articles and through folk memory.

Often springs were used as a source for drinking water as for example in Bahrain in the Persian Gulf, where reports dating back to the 15th century talk of “a man being able to dive into the sea with a fur and fill it with fresh drinking water”.

In island states with a shortage of water such as Tahiti or Fiji the population still relies on fresh water springs if the water supply breaks down. Valuable rainwater is often collected in cisterns and will only be used for drinking. For washing people then use the fresh water springs at the beach.

“The springs are often extremely rich in nutrients”, explains Nils Moosdorf. “They attract a lot of fish. The so-called ‘Wonky Holes’ of the Australian coast are an example. They are hotspots for fishers and divers alike due to their fish abundance.” The geologist adds: ”In Japan oysters from aquaculture thrive particularly well in the vicinity of such springs.”

In Peru water from submarine sources is pumped into lorries to be distributed across the country, in Greece it is used to water the fields. In the 1990s Florida even planned to tap submarine groundwater on large scale, as drinking water is running short in the city of Miami. One of the springs in the US state provides roughly up to 40 m3 of fresh water per second.

Some people shipwrecked survived only because of sea submarine groundwater discharge – as the ZMT scientists call the springs. One example is the crew of the whaling ship Essex which moved Herman Melville to write his novel Moby Dick.

“Fresh water flowing out of the ocean has something magical and inspires people’s imagination”, reckons Moosdorf. “In many places, submarine groundwater springs are meaningful and culturally important to people. In ancient Greece, for example, horses were sacrificed to the God Poseidon at such a spring near Argos.” The geologist can also report from Bali where the Hindu sea temple Tanah Lot was built on such a spring. Each year two million people go on pilgrimage to the location.

Despite their significance submarine springs are threatened. Well-drilling on land can lead to submarine groundwater springs drying up. Raw sewage and residues from farming can pollute the spring water. This is not just a problem for humans who use the springs for drinking but also for coastal ecosystems such as coral reefs growing nearby. Sea-level rise will further have an impact on the hydraulic conditions for submarine groundwater discharge.

Moosdorf sums up his work: “It is only when we take a closer look that the particular value of these invisible water resources becomes apparent. Scientists and managers of coastal regions should keep an eye on them.” 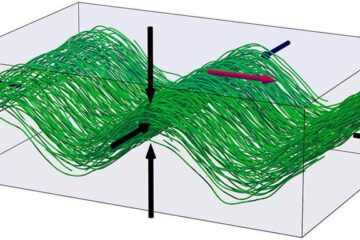 Soft matter on new ways to self-organization Nematic materials, such as the liquid crystals in our displays, contain molecules that align themselves in parallel. When they are constructed from microtubules… 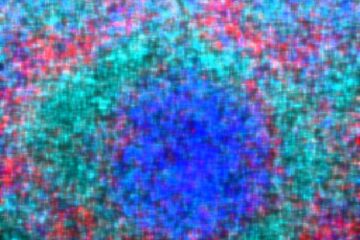 Bayreuth geoscientist discovers causes of sudden eruptions Tiny crystals, ten thousand times thinner than a human hair, can cause explosive volcanic eruptions. This surprising connection has recently been discovered by… 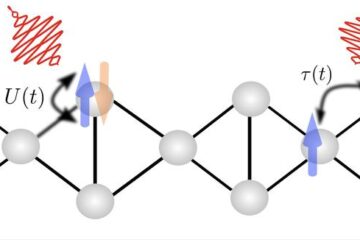