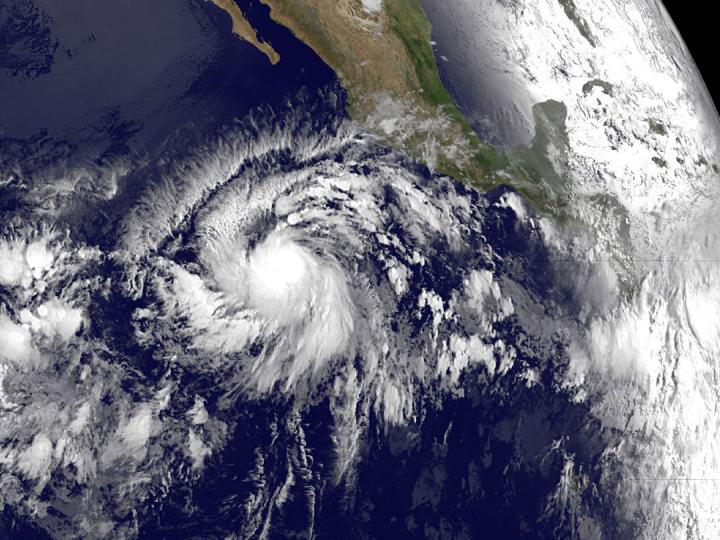 NOAA's GOES-West satellite captured an infrared image of the developing depression on May 28 at 1200 UTC (8 a.m. EDT). The GOES image showed a circular center with bands of thunderstorms spiraling into the center from the northwest and southeast. Credits: NASA/NOAA GOES Project

An image of the storm taken from NOAA's GOES-West satellite shows the depression in infrared light as it was born in the early morning hours before sunrise.

To the east of the depression, the GOES image shows the sunlight of dawn reaching Mexico's Yucatan Peninsula.

The depression is moving toward the west-northwest near 15 mph (24 km/h), but a decrease in forward speed is expected to begin later today.

Maximum sustained winds were near 35 mph (55 km/h) with higher gusts and it is expected to become a tropical storm later today, May 28 and could become a hurricane by late Friday.

NOAA's GOES-West satellite captured an infrared image of the developing depression on May 28 at 1200 UTC (8 a.m. EDT). The GOES image showed a circular center with bands of thunderstorms spiraling into the center from the northwest and southeast.

The National Hurricane Center (NHC) forecast said that the depression should turn toward the northwest by tonight and the north-northwest by Friday night remaining over open ocean.