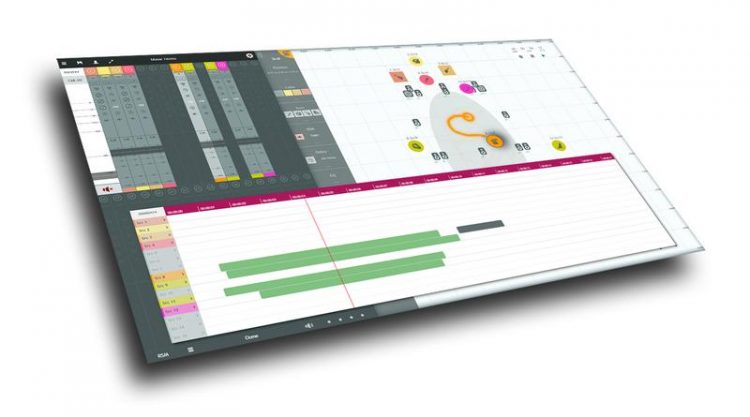 At the Fraunhofer IDMT booth (H20, hall 3.1) the acousticians will be demonstrating how complex object-based 3D sound mixes can easily and efficiently be produced using a PC. The latest version of SpatialSound Wave (SSW) allows sound engineers to conveniently interact with audio objects by, for example, moving them around on preconfigured, intuitively defined tracks, or using CUEs which can be controlled via timecode, open sound control, or a serial interface, allowing animations not just in production settings but also in live applications.

SSW definitely has raised the bar in the field of object-based sound production and replay, also including the possibility for acoustic room simulation in virtual reality applications. Based on many years of research, Fraunhofer IDMT has developed a system by which a large number of audio objects can be positioned and moved interactively, and played back in real-time.

The system also allows users to change the reverberation time of audio scenes to simulate a wide range of acoustic environments and characteristics. While conventional multi-channel systems such as 5.1 or 7.1 rely on specific speaker positions, SSW can easily cope with any arbitrary speaker setup without forfeiting its directional reproduction quality.

SSW is licensed worldwide; it is the leading system for object-based sound production and playback both for live settings and installations as well as for studio applications. Exploiting the system’s unique features for room simulation and direction-adequate sound reproduction, two major open-air festivals in Austria, the Bregenz Festival and the Seefestspiele Mörbisch, have very successfully been using SSW for more than ten years, allowing visitors to acoustically “follow” the singers performing on stage and enjoy a total compliance of what they see and what they hear. In Germany, five large planetariums, three production studios, and a showroom have been equipped with SSW so far.

For the demonstration of SSW at Prolight + Sound, our experts will be using a 5.1 speaker setup featuring Fraunhofer IDMT’s new planar speaker technology.

“There is always little room at such booths, which is the perfect case to demonstrate our planar speakers, combining great sound quality and extremely space-saving design”, says Dr. Daniel Beer, a co-developer of the Fraunhofer planar speaker technology. The new speakers excel with an overall depth of less than 2.5 centimeters and a scalable array of miniature speakers with active electronic components to optimally adapt to the acoustics of the listening room.

As the speakers are flexible and adaptable in design, they can be used in multiple ways – whether unobtrusively installed in an environment such as a trade show booth, fully integrated in a piece of furniture or a picture hanging on the wall, or as an eye-catcher specifically designed to add to the aesthetics of a room.

If you are interested in getting to know the new version of SpatialSound Wave, together with Fraunhofer IDMT’s new planar speaker technology, visit us at the Fraunhofer IDMT booth H20, hall 3.1.