Trains in the brain 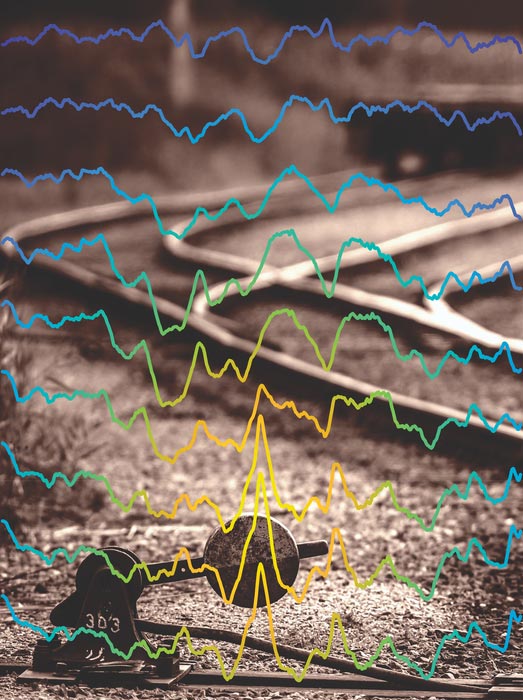 A team of scientists has uncovered a system in the brain used in the processing of information and in the storing of memories–akin to how railroad switches control a train’s destination. The findings offer new insights into how the brain functions.

“Researchers have sought to identify neural circuits that have specialized functions, but there are simply too many tasks the brain performs for each circuit to have its own purpose,”  explains André Fenton, a professor of neural science at New York University and the senior author of the study, which appears in the journal Cell Reports. “Our results reveal how the same circuit takes on more than one function. The brain diverts ‘trains’ of neural activity from encoding our experiences to recalling them, showing that the same circuits have a role in both information processing and in memory.”

To explore the role of brain circuits, the researchers examined the hippocampus–a brain structure long known to play a significant role in memory–in mice. They investigated how the mouse hippocampus switches from encoding the current location to recollecting a remote location. Here, mice navigated a surface and received a mild shock if they touched certain areas, prompting the encoding of information. When the mice subsequently returned to this surface, they avoided the area where they’d previously received the shock–evidence that memory influenced their movement.

The analysis of neural activity revealed a switching in the hippocampus. Specifically, the scientists found that a certain type of activity pattern in the population of neurons known as a dentate spike, which originates from the medial entorhinal cortex (DSM), served to coordinate changes in brain function.

“Railway switches control each train’s destination, whereas dentate spikes switch hippocampus information processing from encoding to recollection,” observes Fenton. “Like a railway switch diverts a train, this dentate spike event diverts thoughts from the present to the past.”