Home / Studies and Analyses / Ready when you are: first evidence that visual cues affect timing of sexual maturation
14.02.2007

Ready when you are: first evidence that visual cues affect timing of sexual maturation

Research published today in the Royal Society journal Biology Letters shows for the first time how the sight of physical ornamentation on another member of the group determines when an individual is ready to mate.

The researchers studied a captive population of green swordtail fish, a species native to Central America and popular in tropical aquariums. The green swordtail is named after the striking sword-like growth, which males develop on their tail-fin, so they appear larger and more attractive to females.

The females in the group that were shown males with long 'swords' reached sexual maturity earlier than those that were not by up to four months. Young males that were shown mature males with impressive 'swords' matured later than those that saw lower quality competitors. Both sexes are unconsciously using visual cues to increase their likely mating opportunities. For females, this means maximising the quality of potential mates and for males, this means delaying maturity until there is less competition from more attractive males.

'This is the first evidence that a species adjusts its rate of sexual maturation in response to visual cues. While our study focused on green swordtail fish, it seems unlikely that this attribute is limited to this one species,' said Dr Craig Walling of the University of Exeter’s School of Biosciences.

Previous studies have shown that the timing of sexual maturation can be determined by chemical stimulus from other individuals in a variety of species, including some mammals like rats and sheep. In this study the fish were kept in separate tanks so while they could see members of the opposite sex through the glass, they could not use other senses to respond to one another.

Dr Walling continues: ‘It’s well established that sexual maturation in swordtails is highly variable, occurring anywhere between four and 20 months of age even though they rarely live longer than two years. We were really surprised to find that visual cues can have such an effect on sexual maturation, which is so important to an individual’s reproductive success.’ 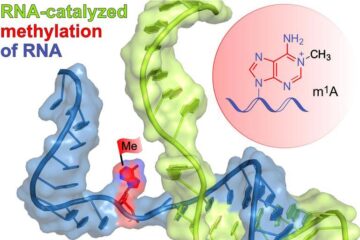