“In the past, treatment of hypothenar hammer syndrome has been controversial, and physicians have been searching for some way to treat it,” says Craig Johnson, M.D., chair of Mayo Clinic’s Division of Plastic Surgery and lead study investigator. “From our study, it’s clear that people with this syndrome shouldn’t be treated with medication or other treatments, but with surgery.”

Dr. Johnson explains that symptoms improved in 78 percent of the patients in his study who underwent a bypass grafting operation and that he witnesses an almost immediate relief in his patients with this surgery.

“Post-surgery, patients feel their hands are warmer right away, though ulcers take a little longer to heal,” he says. “Most people do quite well and get back to work quickly.”

Patients with this condition have a damaged ulnar artery, a key means of blood flow to the hand. In addition to the sensory damage, they also can develop small ulcers in their fingertips resulting in blackened fingers or even gangrene, due to lack of oxygenation.

“Many times they can’t do their jobs due to pain,” says Dr. Johnson. “They have cold intolerance, so often they can’t go outside when it’s cold or handle anything chilled, like cold meat. They also can’t hold heavy objects.”

The treatment found to improve these symptoms, bypass grafting surgery, involves removing the damaged portion of the artery, which Dr. Johnson describes as clotted much like a clogged lead pipe. The artery’s blood flow is then restored by replacing the section of blocked artery with a vein graft.

In this study, Dr. Johnson studied 115 hands in 101 patients evaluated at Mayo Clinic. Medical and surgical treatment options pursued were evaluated by chart review and postoperative phone calls for all patients, and by duplex scan, an ultrasound of the arteries that measures blood flow, for those who underwent bypass surgery. The patients studied included 98 males and three females; most were laborers.

An average of 3.5 years post-treatment, 29 of the 41 patients treated with medication or sympathectomy — surgery to interrupt the nerve pathway — showed no change in symptoms, seven were worse and five showed symptom improvement.

Two types of excision operations were used for the remaining 60 patients studied. Four received excision of the damaged portion of the ulnar artery or surrounding vessels followed by ligation, or binding; symptoms in three out of four of these patients were unchanged post-surgery. The other 56 patients were treated with surgical excision of the damaged ulnar artery or surrounding vessels followed by bypass grafting; 78 percent of these patients improved, losing their pain and cold intolerance and returning to work. Of the 22 percent who showed no change or worsening of symptoms following bypass grafting surgery, 86 percent of the patients had continued smoking.

Dr. Johnson explains that quitting smoking is key to a lasting effect of the bypass grafting surgery, thus he tries not to operate on patients who continue to smoke. “Smokers do well for awhile, but over time their bypass graft gets clotted,” he explains.

The cause of hypothenar hammer syndrome is unknown. Previously the condition has been thought to be task or work related due to use of the palm as a hammer, but this is yet unsettled, says Dr. Johnson. “It’s not entirely certain whether you have to be running a jackhammer for 20 years or laying concrete to develop this syndrome.” There could also be a genetic predisposition to the syndrome, he indicates. Dr. Johnson points to a need for further research into the origins of this syndrome.

Transforming material topology with a drop of liquid

Liquid acts across multiple scales to reorganize connectivity in networks of artificial microscopic cells. The Science Networks of cells in nature have inspired researchers to develop their own materials made… 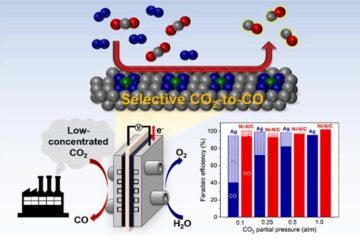 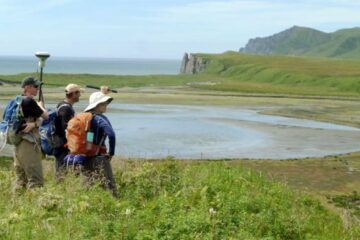 The coastal zone is home to over a billion people. Rising sea levels are already impacting coastal residents and aggravating existing coastal hazards, such as flooding during high tides and…