A 60-page review of the scientific evidence, some based on state-of-the-art magnetic resonance imaging (MRI) of brain size, has concluded that race differences in average IQ are largely genetic. The lead article in the June 2005 issue of Psychology, Public Policy and Law, a journal of the American Psychological Association, examined 10 categories of research evidence from around the world to contrast “a hereditarian model (50% genetic-50% cultural) and a culture-only model (0% genetic-100% cultural).”

“Neither the existence nor the size of race differences in IQ are a matter of dispute, only their cause,” write the authors. The Black-White difference has been found consistently from the time of the massive World War I Army testing of 90 years ago to a massive study of over 6 million corporate, military, and higher-education test-takers in 2001.

“Race differences show up by 3 years of age, even after matching on maternal education and other variables,” said Rushton. “Therefore they cannot be due to poor education since this has not yet begun to exert an effect. That’s why Jensen and I looked at the genetic hypothesis in detail. We examined 10 categories of evidence.”

1. The Worldwide Pattern of IQ Scores. East Asians average higher on IQ tests than Whites, both in the U. S. and in Asia, even though IQ tests were developed for use in the Euro-American culture. Around the world, the average IQ for East Asians centers around 106; for Whites, about 100; and for Blacks about 85 in the U.S. and 70 in sub-Saharan Africa.

3. The Gene-Environment Architecture of IQ is the Same in all Races, and Race Differences are Most Pronounced on More Heritable Abilities. Studies of Black, White, and East Asian twins, for example, show the heritability of IQ is 50% or higher in all races.

7. IQ Scores of Blacks and Whites Regress toward the Averages of Their Race. Parents pass on only some exceptional genes to offspring so parents with very high IQs tend to have more average children. Black and White children with parents of IQ 115 move to different averages–Blacks toward 85 and Whites to 100.

8. Race Differences in Other “Life-History” Traits. East Asians and Blacks consistently fall at two ends of a continuum with Whites intermediate on 60 measures of maturation, personality, reproduction, and social organization. For example, Black children sit, crawl, walk, and put on their clothes earlier than Whites or East Asians.

9. Race Differences and the Out-of-Africa theory of Human Origins. East Asian-White-Black differences fit the theory that modern humans arose in Africa about 100,000 years ago and expanded northward. During prolonged winters there was evolutionary selection for higher IQ created by problems of raising children, gathering and storing food, gaining shelter, and making clothes.

10. Do Culture-Only Theories Explain the Data? Culture-only theories do not explain the highly consistent pattern of race differences in IQ, especially the East Asian data. No interventions such as ending segregation, introducing school busing, or “Head Start” programs have reduced the gaps as culture-only theory would predict.

In their article, Rushton and Jensen also address some of the policy issues that stem from their conclusions. Their main recommendation is that people be treated as individuals, not as members of groups. They emphasized that their paper pertains only to average differences. They also called for the need to accurately inform the public about the true nature of individual and group differences, genetics and evolutionary biology.

Rushton and Jensen are well-known for research on racial differences in intelligence. Jensen hypothesized a genetic basis for Black-White IQ differences in his 1969 Harvard Educational Review article. His later books Bias in Mental Tests (1980) and The g Factor (1998), as well as Rushton’s (1995) Race, Evolution, and Behavior, show that tests are not biased against English speaking minorities and that Black-White-East Asian differences in brain size and IQ belong in an evolutionary framework. 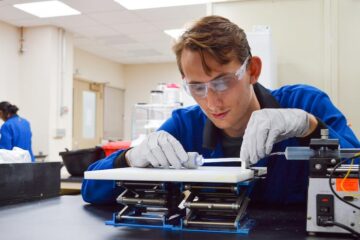 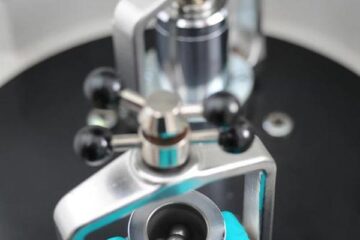 Flour, coffee or spices: Many people know the principle of a mill from the kitchen. But special mills are also used for research purposes in the laboratories of the Max-Planck-Institut… 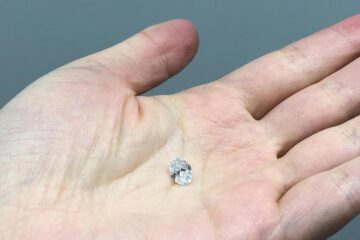 The transition zone between the Earth’s upper and lower mantle contains considerable quantities of water, according to an international study involving the Institute for Geosciences at Goethe University in Frankfurt….