It&#146;s a gamble: dopamine levels tied to uncertainty of rewards 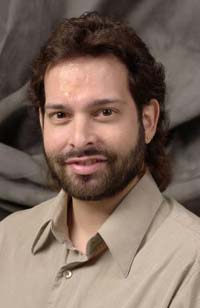 Researchers, using a new combination of techniques, have discovered that dopamine levels in our brains vary the most in situations where we are unsure if we are going to be rewarded, such as when we are gambling or playing the lottery.

The research results, “Dopamine Transmission in the Human Striatum during Monetary Reward Tasks,” were published online April 28 in the Journal of Neuroscience.

Dopamine has long been known to play an important role in how we experience rewards from a variety of natural sources, including food and sex, as well as from drugs such as cocaine and heroin, but pinning down the precise conditions that cause its release has been difficult.

“Using a combination of techniques, we were actually able to measure release of the dopamine neurotransmitter under natural conditions using monetary reward,” said David Zald, assistant professor of psychology at Vanderbilt University.

Zald believes the primary significance of the study is the possibilities it raises for future research on measuring what causes us to experience reward from a variety of sources and what happens in our brains when we are disappointed in our quest for those rewards. The research lays a foundation for a better understanding of what happens in the brain during unpredictable reward situations such as gambling and offers promise for exploring the chemical foundation of problems such as gambling addiction.

“We’re moving to a point where we can measure what’s happening to people’s neurotransmitter systems in a way that we haven’t been able to do before,” he said.

Zald and his colleagues used positron emission topography (PET scanners) to view brain activity in nine human research subjects who had been injected with a chemical that binds to dopamine receptors in the brain, but is less able to bind when the brain is releasing dopamine. A decrease in binding to the receptors is associated with an increase in dopamine release, while an increase in binding indicates reduced release of dopamine. This technique allows researchers to study the strength and location of dopamine release more precisely than has previously been possible.

Zald and his team found that over the course of the experiment, dopamine transmission increased more in one part of the brain in the unpredictable first scenario, while showing decreases in neighboring regions. In contrast, the receipt of a reward under the predictable second scenario did not result in either significant increases or decreases in dopamine transmission.

“It’s probably not just the receipt of money, but the conditions under which it occurs which makes a difference,” Zald explained.

The increase and suppression were localized to specific, separate regions of the brain, illustrating that variable reward scenarios, like gambling, have a complex effect on the brain.

“So other than just dopamine as reward, there is a more complicated action occurring.”

The research was supported by grants from Unilever Research and the National Science Foundation. Zald is a member of the Vanderbilt Kennedy Center for Research on Human Development.