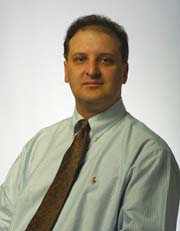 By screening the genomes of mice with heart failure, Duke University Medical Center researchers have discovered multiple stretches of DNA containing genes that modify the heart’s pumping ability and survival with the disease. The findings could point researchers to genes that determine the severity of heart failure in patients, according to the Duke team.

“Our goal is to find novel genes that modify human heart failure by letting the mouse point us in the right direction,” said Duke cardiologist Howard Rockman, M.D., noting that 99 percent of mouse genes are shared by humans. “Such genes would provide us the means to identify those heart failure patients having subtle genetic differences that make them more susceptible to poor outcomes.”

That information would allow physicians to identify those patients in need of the most aggressive therapies and provide new targets for drug development, Rockman said. He and geneticist Douglas Marchuk, Ph.D., also of Duke, reported their findings in the Dec. 1, 2003, issue of Human Molecular Genetics. The work was supported by the National Institutes of Health, the French Federation of Cardiology and the Burroughs Wellcome Fund.

Heart failure — a condition characterized by the inability of the heart muscles to pump enough blood to the body’s tissues — affects nearly 5 million patients in the U.S. and is a growing public health concern, Rockman said. Despite the development of novel treatments, the one-year mortality rate for patients with heart failure is as high as 42 percent.

Yet heart failure patients exhibit significant variability in quality of life and survival with the condition, he said. “Following a heart attack, some patients are able to return to their normal lifestyle, while others are horribly debilitated,” said Rockman.

In their study, the researchers set out to uncover chromosomal regions containing heart failure modifier genes responsible for some of that difference.

The researchers mated males of one mouse strain that had genetic mutations that conferred a very reproducible and severe form of heart failure, with females of another healthy mouse strain. Some of the resulting offspring exhibited severe heart failure, while others inherited genes from their healthy mothers that protected them from the disorder. By screening the genomes of the offspring, the team uncovered those genetic regions that modified the severity of heart failure.

“The immediate cause of death for patients with heart failure can be the consequence of two different mechanisms: gradual pump failure or sudden death due to irregularities in heartbeat,” Rockman said. “That some genes affect cardiac function without affecting survival and vice versa suggests that distinct genes may underlie the gradual decline in heart function characteristic of heart failure and the risk of sudden death associated with the disease.”

The next step will be to identify the precise genes within these regions that modify heart failure outcome, using the sequenced mouse and human genomes to identify likely candidates, said the researchers.

Additional researchers on the study include first author Philippe Le Corvoisier, M.D., Hyun-Young Park, M.D., and Kerri Carlson, all of Duke University Medical Center. The team has already begun a collaboration with others at Duke to identify genes that affect outcome in patients with heart failure.