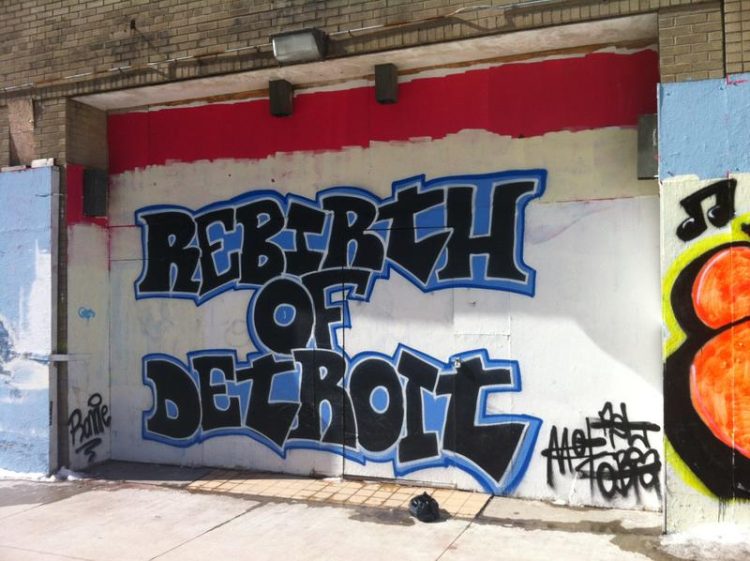 Detroit is also a city with districts characterized by vacancies. Credits: Pallagst/TUK

The American city of Cleveland was once a flourishing metropolis – thanks to its steel and automotive industries. But in the last century, with the opening of world markets and the associated steel and oil crises, decline began: Population figures have declined significantly, and entire districts are still characterized by vacancies. Cities in the Ruhr Area and in eastern Germany, for example, experienced similar developments.

“This phenomenon of shrinking cities can be found all over the world. Reasons for the ongoing decline are demographic change and economic factors such as job losses and corporate migration,” says Professor Dr. Karina Pallagst, who is conducting research on international planning systems at the Technische Universitaet Kaiserslautern (TUK) and has been working on the subject for a long time.

“In Japan, for example, the population in almost all cities has already aged. This is why various measures and techniques have been developed in many places,” Professor Pallagst continues. For older people, for example, there is a transport service for shopping, but also a “piggyback” service, where seniors are carried to shopping in hilly terrain.

In the new research project, teams of 16 universities, research institutions, foundations and companies from Europe, the USA, Mexico and Japan will work together on an interdisciplinary basis to find new ways of maintaining or improving the quality of life in shrinking cities. “We look at these processes from a historical, geographical, planning, engineering, social and economic point of view,” says the Kaiserslautern Professor, who is in charge of the overall management and coordinates the project.

“We will compare how different cities deal with these problems.” One of the issues is how the supply of infrastructure can be maintained if the declining population causes reduced tax revenues of the cities. Other topics include the use of alternative energies, the conversion of vacant urban spaces for fruit and vegetable production (urban farming) and the sustainable design of cities to better protect them against natural disasters.

The role culture and migration can play in making shrinking cities more livable is also part of the research project, as is the question of whether and how the social conditions in these cities will change. “The knowledge produced by the RE-CITY project can be incorporated into new interdisciplinary concepts in urban planning,” says Pallagst. “Shrinkage can thus also be seen as an opportunity in the years to come.”

The project also promotes young scientists: Within the framework of a graduate school, 13 PhD students will conduct research in this international network from April 2019. “On the one hand, they have the opportunity to become part of a long-term network. On the other hand, we offer them a structured training program to deal intensively with the topic in workshops, lectures and internships,” said the researcher.

The project partners will offer intensive training courses in which important knowledge is imparted, for example on demographic change. The aim is to specifically qualify the participants so that they can then approach the topic innovatively as managers in public authorities, research institutions or the private sector.

In addition to coordinating the entire project, Pallagst and her team will be working on innovative planning concepts for shrinking cities. Among other things, it will compare the existing framework conditions of cities in terms of development concepts and innovative sectors of the economy and examine how they deal with this problem and what strategies they developed.

The project starts in October with a kick-off event on the campus of the TU Kaiserslautern.

The project “Reviving shrinking cities – innovative paths and perspectives towards livability for shrinking cities in Europe” is funded by the European Commission for four years with 3.3 million euros under the framework program for research and innovation “Horizon 2020” as a Marie-Skłodowska-Curie measure. Professor Pallagst from the Department of Spatial and Environmental Planning at Technische Universitaet Kaiserslautern is responsible for coordinating the project (Lead partner).

Also involved are: TU Dortmund, the Universities of Amsterdam, Porto, and Guadalajara in Mexico, the Adam Mickiewicz University in Poznan, Poland, the École Normale Supérieure Paris and the two consulting and research institutions “Cambridge Architectural Research” from England and “Spatial Foresight” from Luxembourg. The project also involves: The Bertelsmann Foundation, the Rhineland-Palatinate Energy Agency, the Helmholtz Centre for Environmental Research, the “Fresh” marine fish farm in Völklingen, Saarland, Kent State University from the USA, the Japanese Nomura Research Institute and the Netherlands Expert Center on Demographic Change.