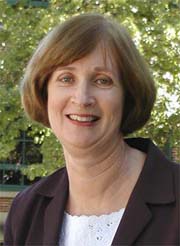 The citizens of Kuwait became more supportive of democracy during the mid- to late-1990s, but that did not include a desire for closer ties with the United States and other Western countries, a new study found.

A survey of 1,500 Kuwaiti citizens conducted in 1994, 1996, and 1998 found that the citizens became less interested in trade alliances with the West and less likely to pay attention to Western media over that time period.

The long-term survey is one of the first in the Arab world to examine how typical citizens feel about political issues in their country and their relationships with other countries.

The results suggest that Western military intervention and other forces may have helped shape an interest in modernized, democratic government in Kuwait, said Katherine Meyer, co-author of the study and professor of sociology at Ohio State University.

However, the findings also show that Kuwaiti citizens want democracy on their own terms.

“They don’t want to completely identify with the West. They want individual rights, personal liberties and control over government, but in their own way. They are not interested in being a satellite of another political power,” she said.

Moreover, the results suggest that the strong role of the Islamic faith in Kuwait was no hindrance to the growing support for more participative government.

Meyer conducted the study with two former graduate students at Ohio State who are now in the Middle East: Helen Rizzo of The American University in Cairo and Yousef Ali of Kuwait University. They presented their results recently at the annual meetings of the American Sociological Association.

The researchers randomly selected 1,500 citizens from throughout Kuwait, representing various groups within society. The study was designed to examine changes in citizens’ attitudes about democracy and other issues following Western military intervention in the Middle East during the Gulf War of 1990-91. In that war, the United States and its allies helped stopped an invasion of Kuwait by Iraq.

Results showed that support for democracy in Kuwait grew substantially during the four years covered in the study. About 60 percent of those surveyed supported democracy in 1998, compared to only 40 percent in 1994.

“Worldwide, there is a trend toward more support for citizen’s rights,” Meyer said. “Kuwait has an educated population and its citizens are attuned to what is going on in the world. They want to have more rights and liberties within their own country.”

Changes in attitudes toward the West were mixed. Kuwaitis felt increasingly friendly toward Western countries, including Britain, France and the United States, but they were significantly less supportive of trading with these countries or forming military or economic alliances.

In addition, those surveyed paid little attention to the Western media in 1994 and followed it significantly less in 1998 – even though the government attempted to make the latest communications technologies more available.

At the same time, Kuwaitis grew more interested in strengthening their ties with the rest of the Arab world. They felt a special affinity to other Gulf Coast countries – Bahrain, Oman, Qatar, Saudi Arabia and the United Arab Emirates. Support for military and economic alliances with these countries was high in 1994 and grew even stronger by 1998.

Kuwaitis’ desire for stronger relationships with the larger Arab world also grew significantly between 1994 and 1998, although it remained moderate to low, Meyer said.

There was a thawing of the hard feelings against countries and political organizations such as Yemen, Jordan and the Palestine Liberation Organization that had aligned with Iraq during the first Gulf War.

“Kuwaitis still felt unfriendly toward these countries in 1998, but there was a movement away from hostility,” she said.

The researchers also investigated the theory that the strong role of Islamic beliefs might impede the process of democratization in the Middle East. Findings showed that citizens’ beliefs about their Islamic faith did not change between 1994 and 1998.

“If Islam were impeding democracy, increasing support for democratic principles and practices would correspond to declining adherence to Islamic beliefs,” Meyer said.

“Since that was not the case, there is not clear evidence that Islam and democratization are incompatible.”

The findings that Kuwaitis felt friendly toward the West – but more interested in developing relationships with their Arab neighbors – should not be surprising, Meyer said.

“Some Americans may assume that military assistance to a country like Kuwait overwhelms its citizens with gratitude, that it makes them want to identify with the U.S. But that’s not the case,” she said.

“It is not analogous to a child-to-adult relationship. It is more like an adult-to-adult relationship in which the recipients of aid are grateful for the help of the West, but still want to maintain their own uniqueness. They think that their ultimate strength resides within their Arab cultural and historical traditions and geographical location.”
Meyer said she believes the most recent Gulf War probably only intensified these feelings.

“Kuwaitis were pleased to see Saddam Hussein removed and grateful for the military intervention. But this is an anxious time for them and they are nervous about the continuing Western military presence.”

The study examined how attitudes and opinions differed among some disadvantaged sub-groups within Kuwait, such as the minority Shia Islamic sect, and second-class citizens, who did not have the right to run for national parliamentary office in the 1990s. The findings showed that the attitudes of disadvantaged groups often showed greater intensity or fluctuated more than did the overall population. However, Meyer said these groups generally followed the overall trends.

Meyer said these results can not be summarily generalized to the current situation in Iraq, since the data were collected several years ago and Iraq and Kuwait remain antagonistic to each other. However, the same general processes seem to be at work in Iraq: citizens are interested in becoming more democratic but lack increased desire for ties to the West.

“Iraq and Kuwait are two very different settings, but there is a shared sense of identity that is rooted in their own Arab traditions and their own culture and history,” Meyer said.