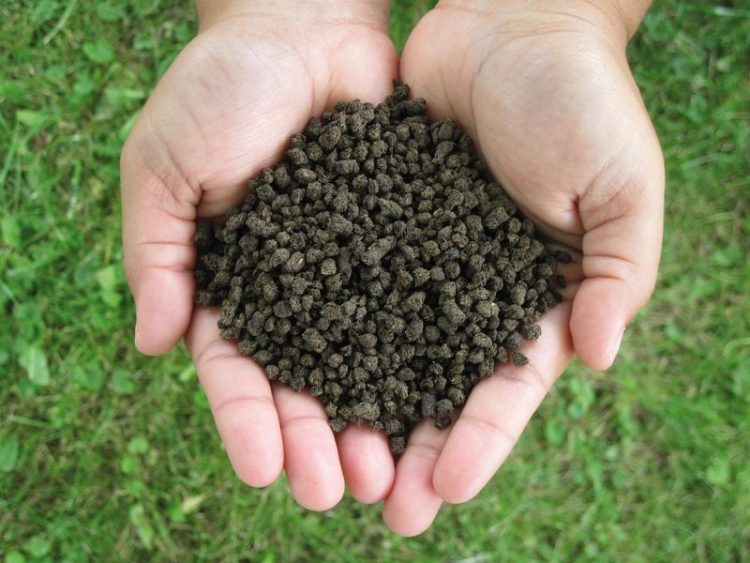 Around 200 million cubic meters of liquid manure from livestock farming end up in fields and meadows in Germany every year. More than 90 percent of the “black gold” consists of water and contains considerable amounts of the important plant nutrients nitrogen and phosphorus.

However, if more liquid manure is applied to the fields than the soil can bind and plants can absorb, microorganisms convert the ammonium nitrogen in the soil into nitrate that seeps into the groundwater. The problem: Where large quantities of liquid manure are produced, there is often a lack of arable land that needs to be fertilized. For this reason, fattening farms use so-called slurry exchanges to order tankers to transport their slurry to areas requiring nutrients – often several hundred kilometers away.

With its BioEcoSIM process, the Fraunhofer Institute for Interfacial Engineering and Biotechnology IGB has developed an environmentally friendly solution. “We have combined various processing steps into an overall process and integrated them in a modular plant,” Dr. Iosif Mariakakis, the Fraunhofer IGB nutrient expert, explains.

This allows the valuable nutrients to be recovered as easily transportable and precisely metered phosphorus and ammonium fertilizer salts. The solid organic components are also recycled by drying and conditioning using an energy-efficient process. They are then available in the form of humus-forming soil improvers. Farm slurry is thus almost completely recycled and the recycled components are returned to the soil.

With SUEZ Germany, Fraunhofer IGB has now gained a licensee for the patented technology. The globally operating waste recovery and recycling company will invest in processing plants as operator. “Gradually, large-scale technical facilities are to be built, on a nationwide basis, to take surplus manure from farmers, breeding and fattening farms. Especially the logistical aspects of delivery will be taken into account when selecting the plant locations,” says Kai Bastuck, Head of Recycling and Recovery Business Unit Development at SUEZ Germany, describing the business model.

“By recovering the finite raw material phosphorus, Germany's dependence on phosphorus imports is reduced. This conserves finite phosphorus resources and reduces pollutant inputs into soils. In this way, we contribute to a sustainable future and turn nutrients into valuable substances,” says Bastuck. Fraunhofer IGB supports SUEZ Germany in the further development of the process.

A first processing plant with a turnout of one cubic meter per hour is currently being built as a “Living Pilot Plant” at SUEZ’s Zorbau site in Saxony-Anhalt. The flexibly designed plant will process cattle and pig manure, but also fermentation residues from biogas plants, and thus serve as a blueprint for further large-scale plants.

The potential savings in synthetic fertilizers are enormous. With a capacity of one million cubic meters of liquid manure per year, which corresponds approximately to the quantity from around one hundred pig fattening farms, a plant can produce 10,000 metric tons of ammonium fertilizer and 10,000 metric tons of phosphate fertilizer. This corresponds to almost the annual requirements for the whole of Germany.

Various process steps are necessary to completely process liquid manure. In a first step, the aqueous liquid manure is pretreated so that the phosphorus is completely dissolved. It is separated into a solid and a liquid phase by two-stage filtration.

The dewatered solid phase is dried using an energy-efficient process, also developed at Fraunhofer IGB, which operates with superheated steam in a closed system and is therefore particularly energy-efficient. The dried organic components can optionally be further converted to organic biochar at 450°C via a pyrolysis step – as in the drying step in an atmosphere of superheated water vapor.

The liquid manure fraction contains the dissolved inorganic nutrients. In a precipitation reactor, phosphorus is first recovered and precipitated and filtered off as calcium phosphate, magnesium phosphate or magnesium ammonium phosphate. Nitrogen is recovered in a second step. For this purpose, the aqueous fraction is separated as ammonium sulfate by means of membrane destillation, and crystallized. What remains is water that contains only traces of phosphorus and nitrogen but is rich in potassium; this can best be used for irrigation purposes.

In extensive investigations and field studies, the Fraunhofer researchers have shown that the mineral fertilizers and organic soil improvers prepared from farm slurry can be used directly as readily available fertilizers and humus-forming substrates in agriculture.

The BioEcoSIM processing method was developed within the BioEcoSIM project, which was funded by the 7th EU Research Framework Program from October 2012 to December 2016.

At IFAT 2018, the partners will be available in Munich from May 14–18 to provide further information and for discussions: Fraunhofer IGB at the Fraunhofer joint stand in Hall B2, Booth 215/314, SUEZ Germany in Hall A6, Booth 239.