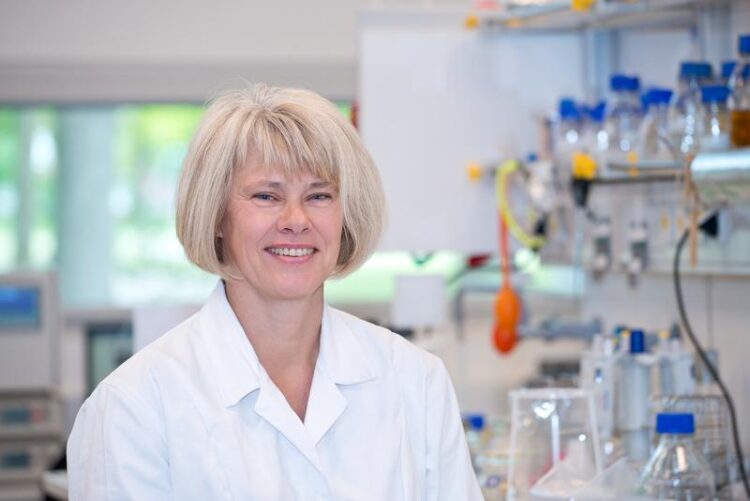 For enhancing flavors, the production of dyes, pharmaceutical products and bio polyesters – succinic acid is a versatile platform chemical. A team led by Elke Nevoigt, Professor of Molecular Biotechnology at Jacobs University Bremen, has developed an economically and ecologically attractive process for the production of succinic acid by more effectively incorporating carbon dioxide (CO2). The German Research Foundation (DFG) is funding the project for another three years.

A large number of products in the chemical industry are based on fossil raw materials such as oil, gas or coal. Researchers are currently exploring alternatives made from renewable carbon sources and plant waste streams. This also applies to the production of succinic acid. It has been obtained from petroleum, but also by fermentation from starch and sugar.

Nevoigt uses glycerol as an alternative carbon source. She has been researching this byproduct of biodiesel production for more than a decade. “It’s exciting because glycerol has a high electron density,” the scientist explained. “Compared with sugars, you therefore get a higher yield of succinic acid per carbon used.”

In the microbial production process of succinic acid, her research group, in collaboration with TU Delft in the Netherlands, also uses the greenhouse gas carbon dioxide. “Glycerol consists of three carbon atoms, CO2 of one. In total, we end up with the four carbon atoms in the succinic acid we want to produce,” Nevoigt explained. The advantage of this process is its energy efficiency and environmental impact. With glycerol as a raw material, not only more succinic acid can be produced compared to sugars, but also more carbon dioxide can be fixed at the same time.

In an extended research approach, Nevoigt uses the advantages that baker’s yeast brings to the succinic acid production process. For example, compared to bacteria, yeast is more resistant to low pH values, which makes the production process more stable and, above all, more cost-effective. The working group is now conducting research to further optimize the process. The yeast cells should produce even more succinic acid from glycerol. “Improving the cell’s energy balance would allow more carbon to be incorporated into the target product, succinic acid,” Nevoigt said.

About Jacobs University Bremen:
Studying in an international community. Obtaining a qualification to work on responsible tasks in a digitized and globalized society. Learning, researching and teaching across academic disciplines and countries. Strengthening people and markets with innovative solutions and advanced training programs. This is what Jacobs University Bremen stands for. Established as a private, English-medium campus university in Germany in 2001, it is continuously achieving top results in national and international university rankings. Its more than 1,600 students come from more than 110 countries with around 80% having relocated to Germany for their studies. Jacobs University’s research projects are funded by the German Research Foundation or the EU Research and Innovation program as well as by globally leading companies.