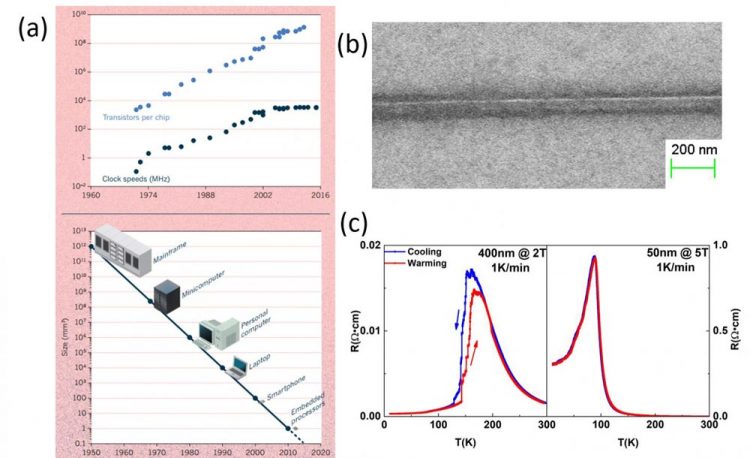 From transport and magnetic imaging measurements, scientist reveals that when the nanowire size is smaller, the effect of quenched disorder becomes significantly enhanced—-a new phenomenon that has not been identified before at nanometer scale [Fig. 1c].

Extensive theoretical treatments have shown the critical role of quenched disorder in complex oxide systems such as high-Tc cuprates and colossal magnetoresistive manganites.

In this article, the scientist shows that spatial confinement is a clean and effective way to study quenched disorder effect without changing the chemical environments, structure and other physical parameters.

The results reveal that enhanced quenched disorder not only can alter the nature of electronic and magnetic phase transition, but increase the magnetoreisistance up to 820000 %, a 200 times enhancement to its original values. These phenomena offer new routes on the understanding of complex materials at nanometer scales and their potential applications.