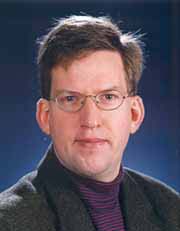 Engineers have designed a new diode that transmits more electricity than any other device of its kind, and the inspiration for it came from technology that is 40 years old.

Unlike other diodes in its class, called tunnel diodes, the new diode is compatible with silicon, so manufacturers could easily build it into mainstream electronic devices such as cell phones and computers.

“Computer chips now are worse than the Los Angeles freeway, with wires running back and forth clogging the path of propagating signals,” Berger said. “At some point, things are going to come to a grinding halt, and chips won’t run any faster.”

Because this diode can replace some of the circuits on a typical chip, it could potentially simplify chip design without compromising performance.

“Essentially, manufacturers would get more bang for their buck,” Berger said.

Researchers around the world have toiled for decades to develop such a diode, which could enable fast, efficient electronics that run on low-power batteries by requiring fewer devices to perform the same function.

The new diode conducts 150,000 amps per square centimeter of its silicon-based material — a rate three times higher than that of the only comparable silicon tunnel diode.

Berger designed the diode with a team of engineers from Ohio State, the Naval Research Laboratory, and the University of California, Riverside. They describe it in today’s issue of the journal Applied Physics Letters.

“Our goal was to develop a tunnel diode that could be built directly onto a traditional computer chip at minimal cost,” Berger said. “And we’ve achieved that.”

Tunnel diodes are so named because they exploit a quantum mechanical effect known as tunneling, which lets electrons pass through barriers unhindered. The first tunnel diodes were created in the 1960s, and led to a Nobel Prize for physicist Leo Esaki in 1973.

Since then, in an effort to build more powerful diodes, researchers have increasingly turned to expensive, exotic materials that aren’t compatible with silicon, but allow tailored properties not often available in silicon.

Most modern tunnel diodes are “intraband” diodes, meaning they restrict the movements of electrons to one energy level, or “band,” within the semiconductor crystal. But the Esaki tunnel diodes were “interband” diodes — they permitted electrons to pass back and forth between different energy bands.

At first, Berger’s team tried to develop intraband diodes with silicon technology. But faced with what he called a “materials science nightmare,” they turned instead to Esaki’s early tunnel diode technology for inspiration.

To construct a powerful interband diode, Berger’s team had to develop a new technique for creating silicon structures that contain unusually large quantities of other chemical elements, or dopants, such as boron and phosphorus.

“Essentially, we traded one nightmare for another,” Berger said with a laugh. “Mother Nature doesn’t want that much dopant in one place, but the doping problem was one that we felt we could tackle.”

They layered silicon and silicon-germanium into a structure that measured only a few nanometers, or billionths of a meter, high. Then they discovered that by changing the thickness of a central “spacer” layer, where the electrons are tunneling, they could tailor the amount of current that passed through the material. This had to be tempered with a design that kept the boron and phosphorus from intermixing.

Berger said that the diode’s ability to operate in low-power conditions makes it ideal for use in power-hungry devices that generate radio-frequency signals, such as cordless home telephones and cell phones. With little power input, the diode could generate a strong signal.

One other application that Berger finds particularly interesting involves medical devices. The diode could support a low-power data link that would let doctors perform diagnostics on pacemakers and other implants by remote, without wires protruding through a patient’s skin that could cause infections.

This work was sponsored by the National Science Foundation and the Office of Naval Research. Berger will continue work supported by NSF and a major electronics company to develop wireless applications for the technology. Depending on that initial development, the technology could reach consumers anywhere from five to 15 years from now.