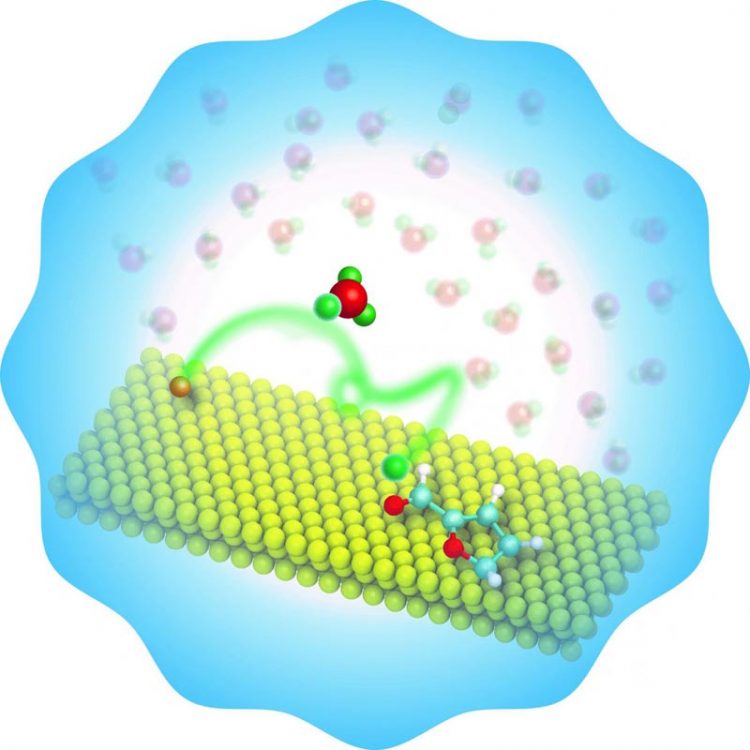 OU engineers have discovered a novel approach for the water-assisted upgrading of the renewable chemical, furfural, doubling or tripling the rate of conversion. Credit: University of Oklahoma

“Energy and water are interconnected in the production of renewable fuels. On the one hand, energy is needed to extract, purify and distribute water. On the other hand, water is useful in producing energy,” said Daniel Resasco, professor in the School of Chemical, Biological and Materials Engineering, Gallogly College of Engineering.

“It is known that water plays an important role as an environmentally-friendly solvent, replacing organic solvents. The novelty is that it can accelerate the rate of hydrogenation.”

In the chemical production of energy in conventional refining, the presence of water in the reactors is undesirable. Normally, when water is present in a reacting system where a catalytic reaction is taking place, it typically absorbs where the reaction should occur, which inhibits the rate of conversion.

“A group of chemical engineering graduate and undergraduate students participated in the discovery of water as a participant in the catalytic conversion of furfural without inhibiting the reaction and leading to a great rate enhancement in the process,” said Bin Wang, assistant professor in the School of Chemical, Biological and Materials Engineering, Gallogly College of Engineering.

Furfural is a biomass-derived compound that is considered a valuable platform for production of fuels and chemicals. An important strategy is to hydrogenate the molecule so it can be used in the chemical industry later. The group has shown that when the molecule contains an oxygenated group, hydrogenation occurs from the liquid phase instead of the catalyst surface.

In the absence of water, all steps in the reaction occur on the catalyst surface. In the presence of water as a solvent, the hydrogen can be 'shuttled' through the water molecule in a higher rate for the reaction. This latter path requires a lower energy barrier to take place and is faster. An article describing this unique mechanism has been published in Nature Catalysis.

The OU Catalysis Group received a U.S. Department of Energy grant in the amount of $650,000 to further explore the role of water in upgrading renewable fuels in the chemical production of energy.