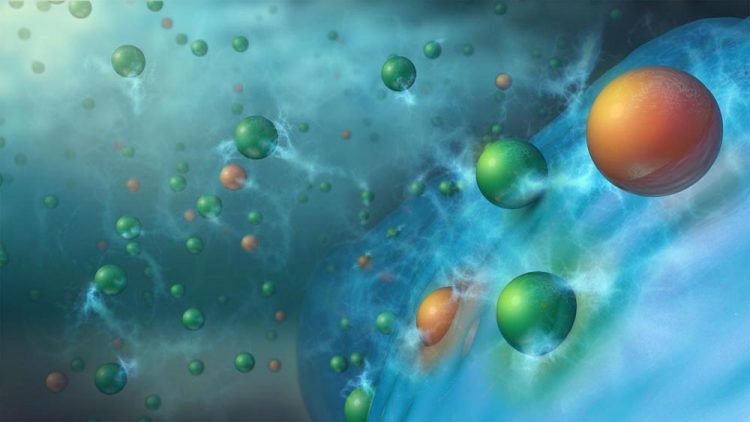 The lithium-ion battery is ubiquitous. Because of its versatility, this battery can be tailored to powering cell phones, laptops, power tools or electric vehicles. It is now the source of a multibillion-dollar enterprise annually that continues to grow each year.

Researchers at the U.S. Department of Energy's (DOE) Argonne National Laboratory have developed a new electrolyte mixture and a simple additive that could have a place in the next generation of lithium-ion batteries.

“Based on these test results, we have every reason to believe that, if silicon anodes ever replace graphite or constitute the anode in more than a few percent concentration, this invention will be part of it and could have far reaching impact.”  — Baris Key, Argonne chemist

For many decades, scientists have been vigorously hunting for new electrode materials and electrolytes that can produce a new generation of lithium-ion batteries offering much greater energy storage while lasting longer, costing less and being safer. This new generation will likely make electric vehicles more widespread and accelerate the electric grid's expansion into renewable energy through cheaper and more reliable energy storage.

For scientists developing advanced lithium-ion batteries, the silicon anode has been the preeminent candidate to replace the current graphite anode. Silicon has a significant theoretical energy storage capacity advantage over graphite, being able to store almost ten times the lithium as does graphite. Increasing silicon's attractiveness commercially is its low cost. It is the second most abundant material in the Earth's crust, and its prevalence in computing and telecommunications hardware means there exist substantial processing technologies.

“But a stumbling block has remained,” noted Jack Vaughey, a senior chemist in Argonne's Chemical Sciences and Engineering (CSE) division. “On cycling, a silicon-based anode in a lithium-ion cell becomes very reactive with the electrolyte, and this process degrades the cell over time, causing a shortened cycle life.”

“In this project, we greatly benefited from Argonne's Cell Analysis, Modeling and Prototyping (CAMP) facility,” added Vaughey. “It was there that we tested our MESA formulations.”

The Argonne researchers also investigated how the MESA-containing electrolytes work. During charging, the metal cation additions in electrolyte solution migrate into the silicon-based anode along with the lithium ions to form lithium-metal-silicon phases, which are more stable than lithium-silicon. This new cell chemistry greatly reduces the detrimental side reactions between the silicon anode and electrolyte that had plagued cells with the traditional electrolyte. Of the four metal salts tested in cells, the added electrolyte salts with either magnesium (Mg2+) or calcium (Ca2+) cations proved to work the best over hundreds of charge-discharge cycles. The energy densities obtained with these cells surpassed those for comparable cells having graphite chemistry by up to 50%.

“Based on these test results”, said Key, “We have every reason to believe that, if silicon anodes ever replace graphite or constitute the anode in more than a few percent concentration, this invention will be part of it and could have far reaching impact.”

The research was funded by the Office of Energy Efficiency and Renewable Energy, Vehicle Technologies Office.

In performing some of this research, the scientists utilized two U.S. Department of Energy (DOE) Office of Science User Facilities located at Argonne: the Advanced Photon Source (APS) and the Center for Nanoscale Materials (CNM). They conducted high-energy X-ray diffraction measurements at beamline 11-BM of the APS, and scanning electron microscopy and transmission electron microscopy at the CNM.