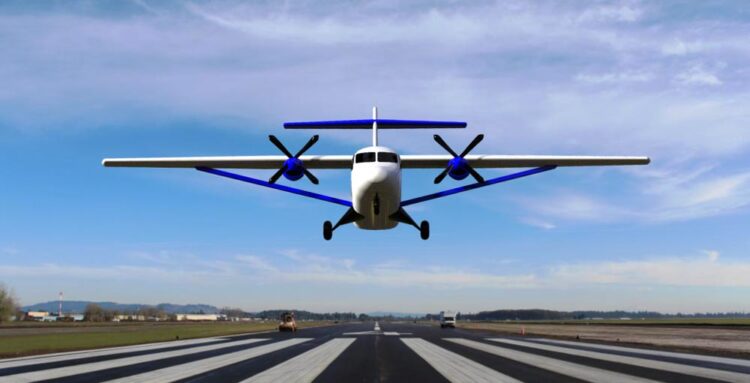 Small (hybrid) electric planes just like the conceptualized 19-passenger commuter aircraft are about to change regional air travel in the future. The apparent benefits of the commuter aircraft are their fuel efficiency and the fact that they can be employed on routes that are geographically or economically far-fetched, compared to other means of transportation.

Moreover, the global scientific and industrial communities are seeing aircraft electrification as one potential solution to reduce gaseous and noise emissions. Researchers at Mälardalen University, Sweden and at Aristotle University of Thessaloniki, Greece, work together with Limmat Scientific AG, Switzerland in this research project which aim to re-think flight.

Building on the latest advances in hybrid-electric designs, the EU-funded HECARRUS project will analyze advanced technologies for propulsion and power generation. The focus will be on coupling the most efficient turbine engines with electric power generators and recharging batteries, says Konstantinos Kyprianidis, Professor in Energy Engineering and project manager for HECCARUS at Mälardalen University.

Konstantinos Kyprianidis considers that the research in developing technology and design for these hybrid aircraft will have a major impact on future air travel.

Through our research we will provide a roadmap of future technologies suitable for the commuter aircraft of the future. We will also identify the challenges that need to be tackled before this technology is realized at a higher technological readiness level. We will provide novelties on the propulsion system and the airframe for this type of aircraft which will address the global environmental goals of gaseous and noise emissions, he says.

Through electric operation, the hybrid construction becomes less dependent on fossil fuels, can withstand more miles per liter of fuel and causes less emissions. The technique relies on the coupling of the thermally powered engine (gas turbine) with electrical propulsors, having as the utmost goal to achieve maximum system efficiency. The selected architecture is based on a series/parallel partial hybrid configuration. The electrical propulsors will be powered either by onboard batteries or through generators. The latter are mechanically coupled with the main gas turbines of the system.
Smart batteries to store energy and charge on board

A critical point for this technique to be successful is to define a proper power flow management during the aircraft’s mission.

In this way, the electrical propulsors will be used in an ‘intelligent’ manner to propel the aircraft at times when most emissions are generated or, if there is supplementary energy to be harvested and therefore provide onboard recharging, says Dr. Vasilis Gkoutzamanis, Research Associate at Aristotle University of Thessaloniki.

Additionally, electric aircraft propulsion designs can untap other benefits that come with more sophisticated configurations, such as improved aerodynamic drag, which means that the aircraft can be designed in such a way that there is less air resistance, and thus less fuel is used to operate the airplane, Vasilis Gkoutzamanis continues.

The technology will be operational by 2030

Through our research, we will be able to determine the performance and sizing of novel components (modern turboprops, electrical machines, batteries) suitable for this aircraft segment. In other words, the potential fuel efficiency benefits from HECARRUS can be stackedup to efficiency benefits from other projects as all the technologies gradually mature for entry into service by 2030, says Konstantinos Kyprianidis.

Small Air Transport (SAT) with up to 19 passengers will: