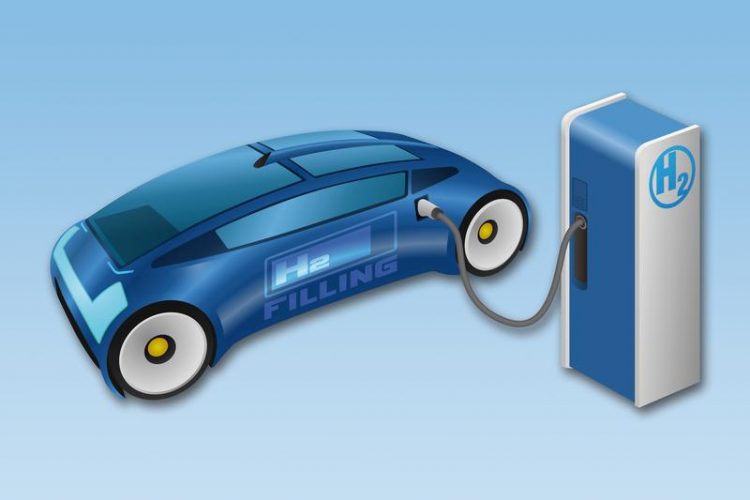 Electric autmobiles have experienced a real boom in recent years. Due to an increasing change in thinking favoring environmentally friendlier behavior in everyday life, more and more people are buying electric cars or using car-sharing services.

Those also are increasingly committed to fleets of electric cars. But electric cars still have a major shortcoming. Due to their long charging times, they are not a viable alternative yet for drivers who use their vehicles frequently, for people needing a lot of flexibility such as on-call services, for local public transport, and trucks.

However, these cases can be handled another way. Hydrogen-powered vehicles require less than 5 minutes to refuel and are therefore a real alternative to the predominant propulsion systems.

Yet, there are still hurdles here. Hydrogen in combination with oxygen is extremely flammable and thus rapidly poses a danger. Its storage in hydrogen tanks is at pressures of over 700 bar in some cases. Extremely sensitive and accurate sensors are therefore required for precision monitoring.

Hydrogen is extremely volatile due to its atomic structure. It even diffuses through steel. As a result, its storage and transfer require components with high corrosion resistance, temperature stability, high dielectric strength, protection from explosion and a good proton barrier.

In order to be able to implement reliable sensors for hydrogen technology, scientists at the Fraunhofer FEP have now developed a technique using reactive magnetron sputtering for deposition of low-defect insulating layers characterized by minimal proton diffusion and excellent dielectric strength. The technique is based on nanofunctional materials.

It is now possible to deposit a system of insulating layers onto rough steel surfaces that has a dielectric strength of more than 2000 V and resistivity of more than 1×1015 Ωcm, meeting the requirements for explosion prevention in hydrogen technology. At the same time, a very effective proton barrier has been demonstrated that exceeds even layers of gold used previously.

“The insulating layer produced in this way with these properties is unique. A comparable layer has not yet been economically realized in practice. Thanks to the new process, it is now possible to coat sensors at a deposition rate of approx. 2 nm/s and manufacture them on an industrial scale”, explains project manager Jan Hildisch.

The new approach for improving the dielectric strength consists of depositing insulation layers that have a smoothing effect. In this way, rough surfaces as well as structures and trenches up to an aspect ratio of 1:1 can be covered or filled.

The combination of magnetron sputtering and other vacuum deposition techniques, in particular atomic layer deposition (ALD), additionally contributes to this development. Defects in a layer can be completely enveloped in this way as well as improving the dielectric strength.

The results should now provide the basis for further productive collaborations with industrial partners in order to jointly develop sensors for hydrogen technology and economically mass produce them. The scientists are currently working on further improvements to the technology and transferring it to other areas of application. Fraunhofer FEP scientists will be available for further discussions about development during PSE and electronica 2018.