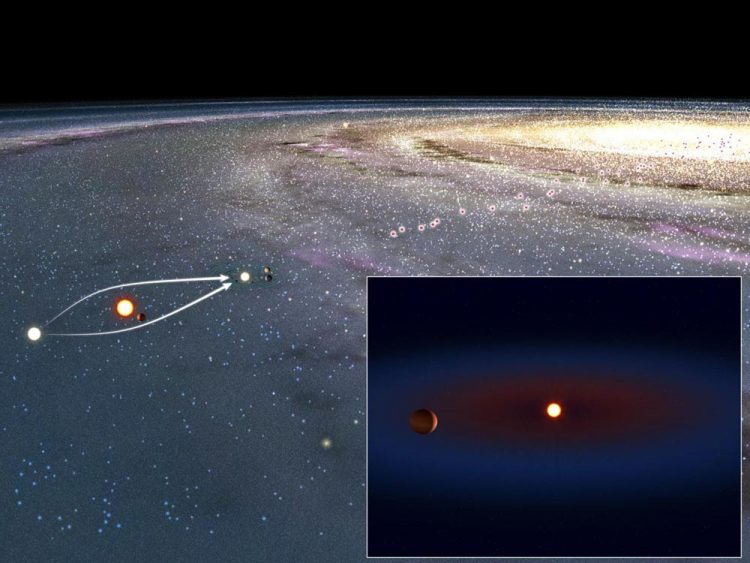 On November 1, 2017 amateur astronomer Tadashi Kojima in Gunma Prefecture, Japan reported an enigmatic new object in the constellation Taurus. Astronomers around the world began follow-up observations and determined that this was an example of a rare event known as gravitational microlensing. Einstein's Theory of General Relativity tells us that gravity warps space.

In the case of the object spotted by Kojima, a star 1600 light-years away passed in front of a star 2600 light-years away. Furthermore, by studying the change in the lensed brightness, astronomers determined that the foreground star has a planet orbiting it.

This is not the first time an exoplanet has been discovered by the microlensing technique. But microlensing events are rare and short lived, so the ones discovered so far lie towards the Galactic Center, where stars are the most abundant. In contrast, this exoplanet system was found in almost exactly the opposite direction as observed from the Earth.

One team led by Akihiko Fukui at the University of Tokyo using a collection of 13 telescopes located around the world, including the 188-cm telescope and 91-cm telescope at NAOJ's Okayama Astrophysical Observatory, observed this phenomenon for 76 days and collected enough data to determine the characteristics of the exoplanet system. The host star has a mass about half the mass of the Sun. The exoplanet around it has an orbit similar in size to Earth's orbit, and a mass about 20% heavier than Neptune.

This orbital radius around this type of star coincides with the region where water condenses into ice during the planet formation phase, making this place theoretically favorable for forming gas-giant planets.

Theoretical calculations show that this kind of planet has an a priori detection probability of only 35%. The fact that this exoplanet was discovered by pure chance suggests Neptune-sized planets could be common around this orbital region.