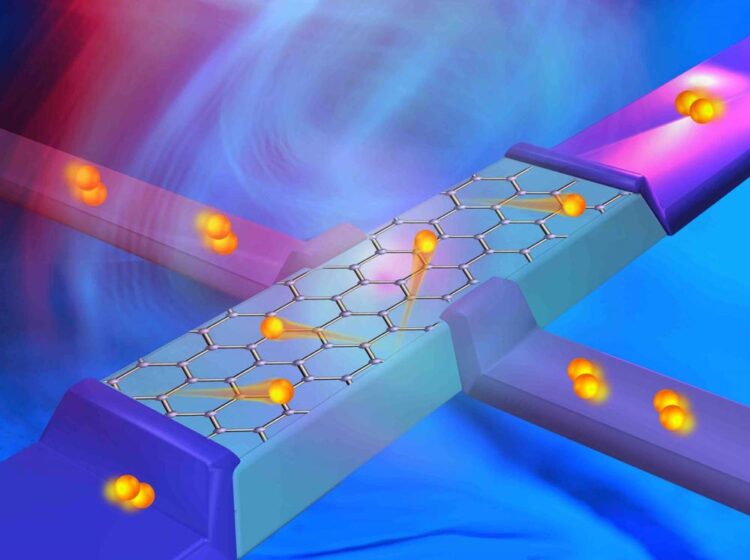 A joint international research team from POSTECH of South Korea, Raytheon BBN Technologies, Harvard University, and Massachusetts Institute of Technology in the U.S., Barcelona Institute of Science and Technology in Spain, and the National Institute for Materials Science in Japan have together developed ultrasensitive sensors that can detect microwaves with the highest theoretically possible sensitivity.

The research findings, published in the prominent international academic journal Nature on October 1, are drawing attention as an enabling technology for commercializing the next-generation of technologies including quantum computers.

Microwave is used in a wide range of scientific and technological fields, including mobile communications, radar, and astronomy. Recently, research has been actively conducted to detect microwaves at extremely high sensitivity for the next-generation quantum technologies such as quantum computing and quantum communication.

Currently, microwave power can be detected using a device called bolometer. A bolometer usually consists of three materials: Electromagnetic absorption material, a material that converts electromagnetic waves into heat, and a material that converts the generated heat into electrical resistance. The bolometer calculates the amount of electromagnetic waves absorbed using the changes in the electrical resistance. Using the semiconductor-based diodes such as silicon and gallium arsenide in the bolometer, the sensitivity of the state-of-the-art commercial bolometer operating at room temperature is limited at 1 nanowatt (1 billionth of a watt) by averaging for a second.

The research team broke through this limit by innovating the aspect of materials and structure of the device. Firstly, the team used graphene as the material for absorbing electromagnetic waves. Graphene is made up of one layer of carbon atoms and has a very small electronic heat capacity. The small heat capacity signifies that even if little energy is absorbed, it causes a big temperature change. Microwave photons have very little energy, but if absorbed by graphene, they can cause considerable temperature rise. The problem is that the temperature increase in graphene cools down very quickly, making it difficult to measure the change.

To solve this problem, the research team adopted a device called the Josephson junction. This quantum device, composed of superconductor-graphene-superconductor (SGS), can detect temperature changes within 10 picoseconds (1 trillionth of a second) via an electrical process. This makes it possible to detect the temperature changes in graphene and the resulting electrical resistance.

Combining these key ingredients, researchers reached the noise equivalent power of 1 aW/Hz1/2, which means the device can resolve 1 aW (1 trillionth of a watt) within a second.

“This study is significant in that it has established a scalable technology to enable the next-generation quantum devices,” remarked Professor Gil-Ho Lee of POSTECH, who led the study. He further explained, “This study developed a bolometer technology that measures how many microwave photons are absorbed per unit time. But currently, we are developing a single-photon detection technology that can distinguish each microwave photon.” He concluded, “We expect this technology to maximize the measuring efficiency of quantum computing and drastically reduce the indirect resources to enable large-scale quantum computers that will be of great use. Dr. Kin Chung Fong of Raytheon BBN Technologies commented, “We are seeing an unexpected interest in this study from those researching the origins of the universe in the field of radio astronomy and those studying dark matter in particle physics.” He added, “This is an example of how research on basic science can be applied to various fields.”