Sounds of the Sun 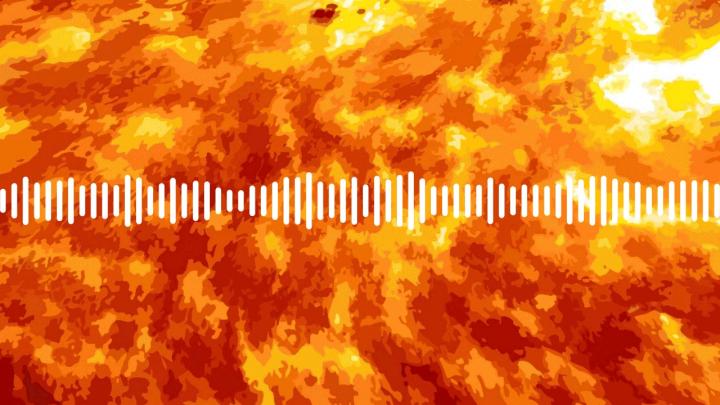 This sound helps scientists study what can't be observed with the naked eye.

“Waves are traveling and bouncing around inside the Sun, and if your eyes were sensitive enough they could actually see this,” said Alex Young, associate director for science in the Heliophysics Science Division at NASA's Goddard Space Flight Center in Greenbelt, Maryland.

Data from SOHO, sonified by the Stanford Experimental Physics Lab, captures the Sun's natural vibrations and provides scientists with a concrete representation of its dynamic movements.

These vibrations allow scientists to study a range of complex motions inside the Sun, from solar flares to coronal mass ejections.

“We can see huge rivers of solar material flowing around. We are finally starting to understand the layers of the Sun and the complexity,” Young said. “That simple sound is giving us a probe inside of a star. I think that's a pretty cool thing.”

The sounds of the Sun are on display at the NASA Goddard Visitor Center in Greenbelt, Maryland. An immersive art installation, called Solarium, uses vivid imagery and sonification to transport listeners to the heart of our solar system.