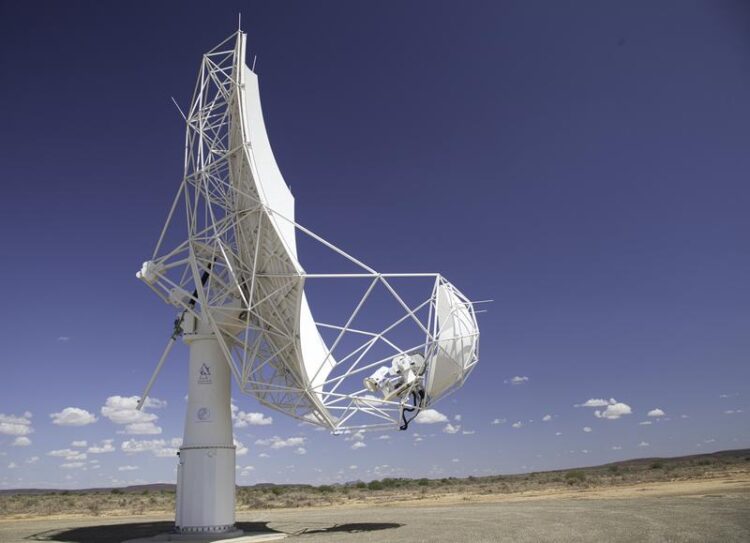 Back in the late 1980s, astronomers from several countries initiated the effort to build a telescope with a collecting area approaching one square kilometer (one million square meters). Some three decades later, after years of engineering design and international science diplomacy, the project reaches another important milestone this year. On December 05, construction of the SKA Observatory (SKAO)’s telescopes formally begins with ceremonies in South Africa and Australia.

It was already a long way to the foundation of the SKA Organisation, responsible for coordinating the international engineering design of the SKA, in November 2011. In the years before, a lot of political work was done, working groups and committees were established and agreements for international cooperation were signed. Since the 2000s, institutions such as the European RadioNet3 consortium led by the Max Planck Institute for Radio Astronomy (MPIfR) in Bonn, Germany, have provided the impetus for new activities in research and development of existing radio astronomy facilities and radio telescopes of the future such as the SKAO.

The selection of two sites to host a low-frequency telescope in Australia and a mid-frequency telescope in South Africa, which were decided in 2012, also played a major role. Finally, other important milestones were the signing of the international convention creating the SKA Observatory in March 2019 and the establishment of the observatory itself in February 2021. Its governing council formally approved the start of construction activities in June of the same year, kicking off an intense period of procurement that has seen over 50 contracts signed and €150 million committed.

Together with his colleagues from the participating countries, Prof. Michael Kramer, Director at the MPIfR, has been looking forward to the official start of construction of the telescopes with enthusiasm: “I have been involved in the SKA for more than 20 years and a lot has happened in that time. With the start of work on the construction sites, our visions are now actually becoming reality and this means that all our efforts have finally been worth it. This is a very important and joyful moment.”

The MPIfR and the Max Planck Society (MPG) were significantly involved in the development and construction of the prototype dish antenna for the SKAO’s mid-frequency telescope, which began operations in South Africa in the autumn of 2019. “The necessary specifications for the telescope and the requirement to construct a prototype that is both suitable for mass production and cost-efficient have been the biggest challenges so far from a technical point of view,” explains Dr. Gundolf Wieching, head of the “Electronics” department at the MPIfR. Scientists like Isabella Rammala (MPIfR) will use this new generation of telescopes like the SKA to find answers to fundamental astronomical questions – such as how the universe is evolving or where magnetic fields originate. Isabella Rammala is particularly looking forward to the detailed images of the galactic center that the SKA Observatory will produce for the scientific community.

To celebrate the start of construction of the telescopes on the two SKA sites, events are being held throughout the SKA partnership on the 05th and 06th of December.

Ceremonies at the SKA sites in the Karoo (South Africa) and Murchison (Australia) were held today for members of the local community, where the countries’ respective science ministers announced the awarding of major infrastructure contracts worth over €200 million, with significant contributions earmarked for local communities. Additionally, the SKAO announced the awarding of contracts to manufacture the antennas for both telescopes worth €100 million, bringing the total announced at the events to €300 million, and the total so far committed by the SKAO to €450 million.

Additional events for members of the diplomatic corps, attended by ambassadors and high commissioners from 16 countries, are being held in Perth and Cape Town. Several member countries are also organizing local events to recognize the contributions of international partners to achieving this important milestone (JK/njn).

The SKAO, formally known as the SKA Observatory, is an intergovernmental organisation composed of Member States from five continents and headquartered in the UK. Its mission is to build and operate cutting-edge radio telescopes to transform our understanding of the Universe, and deliver benefits to society through global collaboration and innovation. Its two telescopes, each composed of hundreds of dishes and thousands of antennas, will be constructed in South Africa and Australia and be the two most advanced radio telescopes on Earth. A later expansion is envisioned in both countries and other African partner countries. Together with other state-of-the-art research facilities, the SKAO’s telescopes will explore the unknown frontiers of science and deepen our understanding of key processes, including the formation and evolution of galaxies, fundamental physics in extreme environments and the origins of life. Through the development of innovative technologies and its contribution to addressing societal challenges, the SKAO will play its part to address the United Nations’ Sustainable Development Goals and deliver significant benefits across its membership and beyond. The SKAO acknowledges and recognises the Indigenous peoples and cultures that have traditionally lived on the lands on which its facilities are located. In Australia, the SKAO acknowledges the Wajarri Yamaji as the Traditional Owners and native title holders of Inyarrimanha Ilgari Bundara, the CSIRO Murchison Radio-astronomy Observatory.