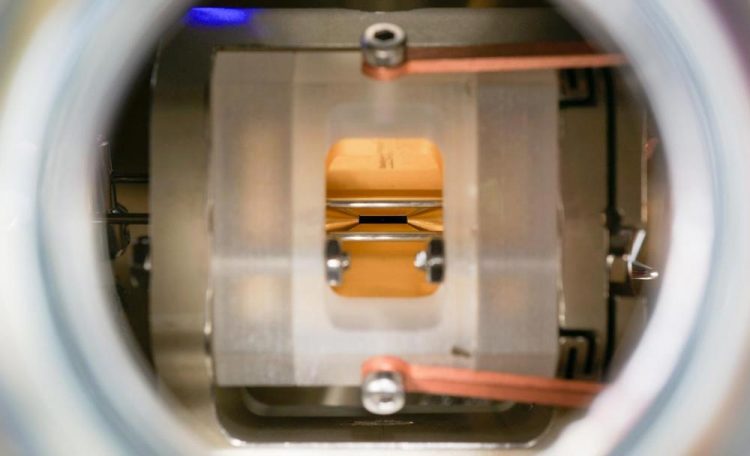 Strontium ion trapped in an electric field. The measurement on the ion lasts only a millionth of a second. Credit: F. Pokorny et al.,

Despite the importance of the measurement process within the theory, it still holds unanswered questions:

Does a quantum state collapse instantly during a measurement?

If not, how much time does the measurement process take and what is the quantum state of the system at any intermediate step?

A collaboration of researchers from Sweden, Germany and Spain has answered these questions using a single atom – a strontium ion trapped in an electric field. The measurement on the ion lasts only a millionth of a second. By producing a “film” consisting of pictures taken at different times of the measurement they showed that the change of the state happens gradually under the measurement influence.

Atoms follow the laws of quantum mechanics which often contradict our normal expectations. The internal quantum state of an atom is formed by the state of the electrons circling around the atomic core.

The electron can circle around the core in an orbit close or further away. Quantum mechanics, however, also allows so called superposition states, where the electron occupies both orbits at once, but each orbit only with some probability.

“Every time when we measure the orbit of the electron, the answer of the measurement will be that the electron was either in a lower or higher orbit, never something in between. This is true even when the initial quantum state was a superposition of both possibilities. The measurement in a sense forces the electron to decide in which of the two states it is”, says Fabian Pokorny, researcher at the Department of Physics, Stockholm University.

The “film” displays the evolution during the measurement process. The individual pictures show tomography data where the height of the bars reveal the degree of superposition that is still preserved.

During the measurement some of the superpositions are lost – and this loss happens gradually – while others are preserved as they should be for an ideal quantum measurement.

“These findings shed new light onto the inner workings of nature and are consistent with the predictions of modern quantum physics”, says Markus Hennrich, group leader of the team in Stockholm.

These results are also important beyond fundamental quantum theory. Quantum measurement are an essential part of quantum computers. The group at Stockholm University is working on computers based on trapped ions, where the measurements are used to read out the result at the end of a quantum calculation. 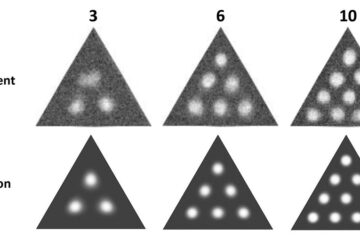