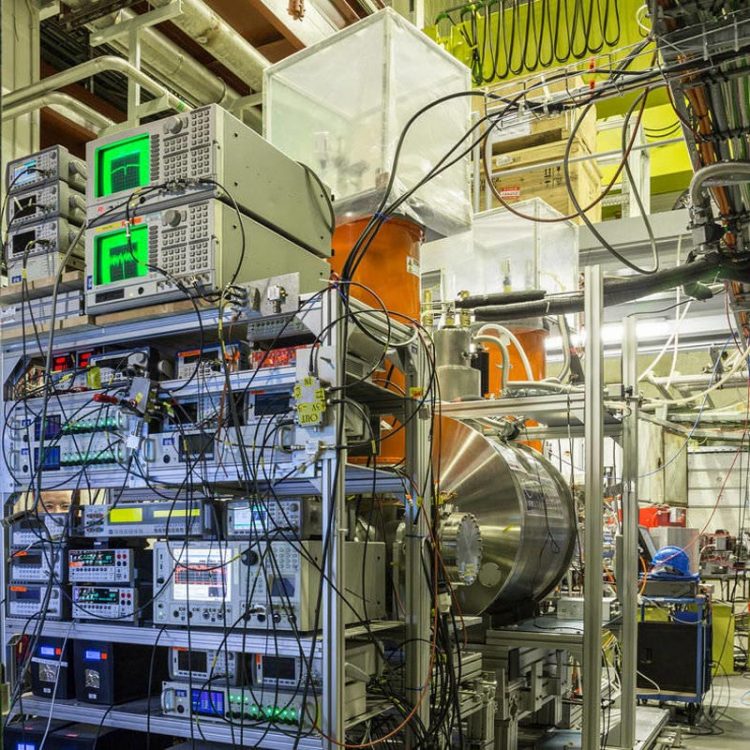 The search goes on. No difference in protons and antiprotons have yet been found which would help to potentially explain the existence of matter in our universe. However, physicists in the BASE collaboration at the CERN research center have been able to measure the magnetic force of antiprotons with almost unbelievable precision. Nevertheless, the data do not provide any information about how matter formed in the early universe as particles and antiparticles would have had to completely destroy one another.

The most recent BASE measurements revealed instead a large overlap between protons and antiprotons, thus confirming the Standard Model of particle physics. Around the world, scientists are using a variety of methods to find some difference, regardless of how small. The matter-antimatter imbalance in the universe is one of the hot topics of modern physics.

The multinational BASE collaboration at the European research center CERN brings together scientists from the RIKEN research center in Japan, the Max Planck Institute for Nuclear Physics in Heidelberg, Johannes Gutenberg University Mainz (JGU), the University of Tokyo, GSI Darmstadt, Leibniz Universität Hannover, and the German National Metrology Institute (PTB) in Braunschweig.

They compare the magnetic properties of protons and antiprotons with great precision. The magnetic moment is an essential component of particles and can be depicted as roughly equivalent to that of a miniature bar magnet. The so-called g-factor measures the strength of the magnetic field. “At its core, the question is whether the antiproton has the same magnetism as a proton,” explained Stefan Ulmer, spokesperson of the BASE group. “This is the riddle we need to solve.”

The BASE collaboration published high-precision measurements of the antiproton g-factor back in January 2017 but the current ones are far more precise. The current high-precision measurement determined the g-factor down to nine significant digits. This is the equivalent of measuring the circumference of the earth to a precision of four centimeters. The value of 2.7928473441(42) is 350 times more precise than the results published in January.

“This tremenduous increase in such a short period of time was only possible thanks to completely new methods,” said Ulmer. The process involved scientists using two antiprotons for the first time and analyzing them with two Penning traps.

Antiprotons stored a year before analysis

Antiprotons are artificially generated at CERN and researchers store them in a reservoir trap for experiments. The antiprotons for the current experiment were isolated in 2015 and measured between August and December 2016, which is a small sensation as this was the longest storage period for antimatter ever documented. Antiprotons are usually quickly annihilated when they come into contact with matter, such as in air. Storage was demonstrated for 405 days in a vacuum, which contains ten times fewer particles than interstellar space. A total of 16 antiprotons were used and some of them were cooled to approximately absolute zero or minus 273 degrees Celsius.

The new principle uses the interaction of two Penning traps. The traps use electrical and magnetic fields to capture the antiprotons. Previous measurements were severely limited by an ultra-strong magnetic inhomogeneity in the Penning trap. In order to overcome this barrier, the scientists added a second trap with a highly homogeneous magnetic field. “We thus used a method developed at Mainz University that created higher precision in the measurements,” explained Ulmer. “The measurement of antiprotons was extremely difficult and we had been working on it for ten years. The final breakthrough came with the revolutionary idea of performing the measurement with two particles.” The larmor frequency and the cyclotron frequency were measured; taken together they form the g-factor.

The g-factor ascertained for the antiproton was then compared to the g-factor for the proton, which BASE researchers had measured with the greatest prior precision already in 2014. In the end, however, they could not find any difference between the two. This consistency is a confirmation of the CPT symmetry, which states that the universe is composed of a fundamental symmetry between particles and antiparticles. “All of our observations find a complete symmetry between matter and antimatter, which is why the universe should not actually exist,” explained Christian Smorra, first author of the study. “An asymmetry must exist here somewhere but we simply do not understand where the difference is. What is the source of the symmetry break?”

The BASE scientists now want to use even higher precision measurements of the proton and antiproton properties to find an answer to this question. The BASE collaboration plans to develop further innovative methods over the next few year and improve on the current results.

Images:
http://www.uni-mainz.de/bilder_presse/08_physik_quantum_BASE_antiprotonen-entsch…
BASE experiment at the CERN antiproton decelerator in Geneva: Visible in the image are the control equipment, the superconducting magnet that houses the Penning trap, and the antiproton transfer beam tube.
photo/©: Stefan Sellner, Fundamental Symmetries Laboratory, RIKEN, Japan