Home / Physics and Astronomy / Revolution in imaging with neutrons
19.11.2021

Revolution in imaging with neutrons 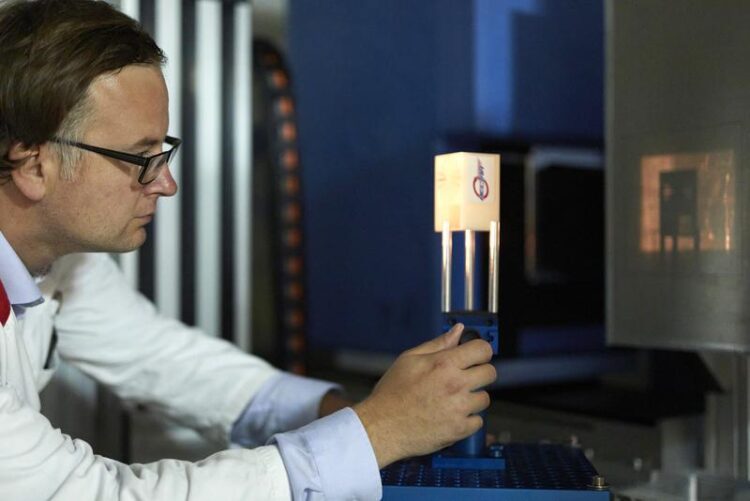 Technology could not only improve the resolution of neutron measurements but could also reduce radiation exposure during x-ray imaging.

An international research team at the Research Neutron Source Heinz Maier-Leibnitz (FRM II) of the Technical University of Munich (TUM) have developed a new imaging technology. In the future this technology could not only improve the resolution of neutron measurements by many times but could also reduce radiation exposure during x-ray imaging.

Modern cameras still rely on the same principle they used 200 years ago: Instead of a piece of film, today an image sensor is exposed for a certain period of time in order to record an image. However, the process also records the noise of the sensor. This constitutes a considerable source of interference especially with longer exposure times.

Together with colleagues from Switzerland, France, the Netherlands and the USA, Dr. Adrian Losko and his TUM colleagues at the Heinz Maier-Leibnitz Zentrum (MLZ) have now developed a new imaging method which measures individual photons on a time-resolved and spatially-resolved basis. This makes it possible to separate photons from noise, greatly reducing the interference.

“Our new detector lets us capture every individual photon and thus overcome many of the physical limitations of traditional cameras,” says Dr. Adrian Losko, instrument scientist at the NECTAR neutron radiography facility of the Heinz Maier-Leibnitz Zentrum at the Technical University of Munich.

Neutron radiography researchers typically use scintillators in their measurements to detect neutrons for example in the examination of fossilized dinosaur eggs. When the scintillator material absorbs a neutron, photons are generated which can then be measured.

Until now all of these cameras have collected light during the entire exposure time, resulting in a lack of definition, depending on the thickness of the scintillator. The research team’s new concept on the other hand detects each individual photon generated by a neutron.

“The prerequisite was a new chip technology as well as hardware and software that support computing speeds which enable real-time analysis. This lets us compose an image neutron by neutron,” explains Losko. Here neutron research offers an ideal test and application field.

Instead of longer exposure times: Measuring exactly what happens

Since the absorption of a neutron in the detector generates several photons, the new system can use coincidence measurement of several photons to determine individual neutrons. “This takes us away from the traditional model of exposure time and we measure only those events which have occurred.”

Compared to all technologies previously available on the market, the new concept is a dramatic improvement since it enables three times better spatial resolution and reduces the amount of noise by more than seven times. “This greatly reduces the limitations resulting from the thickness of the scintillator, which means higher efficiency for high-resolution measurements,” says Losko. And the afterglow of the scintillator, which creates what are referred to as ghost images, is eliminated as well.

“Many of the instruments at the research neutron source reactor can benefit from our new concept,” observes Losko, citing as an example the instrument FaNGaS (Fast Neutron-induced Gamma-ray Spectrometry): “Since we know exactly when a neutron arrives, the time-span during which we measure the gamma particle can be reduced to a millionth of a second.” This would reduce the background noise by a factor of one million, he adds.

The new detector can also be applied in medical fields. When making an x-ray image of a broken bone for example, fine structures such as hairline fractures would be more easily detectable; at the same time, the patient’s exposure to radiation would be minimized.

“Our method will definitely change detectors in the scientific world,” says Losko. And perhaps similar principles will also make their way into application in everyday cameras for personal use. Images made in the dark would be greatly improved, and photographers could adjust exposure time and resolution after the exposure is made. Noise could be practically eliminated from cameras.

The research activities were supported by German Federal Ministry of Education and Research (BMBF). In addition to the scientists of the Research Neutron Source Heinz Maier-Leibnitz (FRM II) at the Technical University of Munich, researchers at the Paul Scherrer Institute PSI in Villigen, Switzerland, Amsterdam Scientific Instruments B.V. (Netherlands) and the Space Sciences Laboratory of the University of California, Berkeley (USA), were also involved in the project.