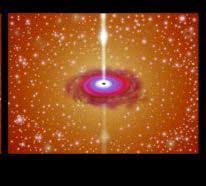 Some galaxies may have torus envy, if a new study is any indication. The most sensitive imaging yet of nearby galaxy M87’s core reveals that the black hole residing there has either a nonexistent or much fainter ring of dust around it compared with its peers. Scientists had thought that these rings were key features of such highly energetic galaxies. The puzzling finding appears today in the Astrophysical Journal Letters.

The current model of active galaxies such as M87 posits that each one harbors at its center a black hole many millions or even billions of times more massive than our own sun, all packed into a space about the size of our solar system. A disk of gas and dust drawn in by the black hole pours x-rays and ultraviolet radiation outward, where they strike a cooler layer of material, the torus, making it glow in the infrared. Everything should get bigger as the black hole gets bigger, team member Eric Perlman of the University of Maryland comments.

But when the astronomers trained the Gemini North Telescope in Hawaii onto M87, scanning it for infrared emissions, they found evidence of at best a meager torus—one that, if there at all, is at least 1,000 times fainter than that of Centaurus A, another, less powerful active galaxy. “That was a big surprise, [to find out] it was that much fainter,” Perlman says. “What I think this means is there’s a lot more variety in active galaxies than we thought.” A previous study hinted that M87’s torus might be a little weak, he notes, but it didn’t have the sensitivity to confirm that.

At 50 million light-years away, M87 is the nearest active galaxy and therefore an astronomer’s first stop. Now study co-author Chris Packham of the University of Florida says, “We want to go out and survey more and more galaxies to see if this is a common feature, or a common nonfeature.” If a number of galaxies are similar, he remarks, astrophysicists may have to revise their theories a bit. 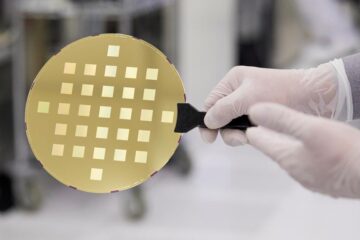 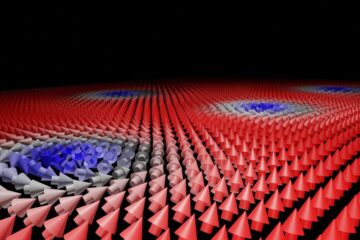