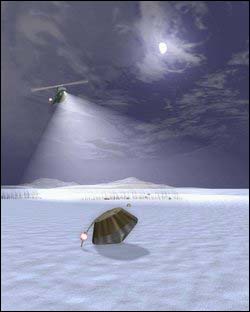 Donald Brownlee’s heart skipped a beat six years ago when the launch of the Stardust spacecraft didn’t happen as planned. The University of Washington astronomy professor has experienced many other tense times since the historic mission blasted off a day late, and its return to Earth on Jan. 15 will be just one more white-knuckle moment.


Just before 3 a.m. MST, the spacecraft will jettison its return capsule, which will plunge into Earth’s atmosphere at nearly 29,000 miles per hour, the greatest return speed ever recorded. A few moments later, after the capsule slows to just faster than the speed of sound, a parachute will apply the brakes and Stardust will settle to the ground on the Air Force’s Utah Testing and Training Range southwest of Salt Lake City.

“There’s a lot at stake. You just hope everything works, and I am confident it will work,” said Brownlee, the mission’s principal investigator, or lead scientist.

The return capsule contains tiny bits of dust captured two years ago as it spewed from a comet called Wild 2. The tennis-racquet-shaped collector used a remarkably light and porous material called aerogel to capture the particles, each much smaller than a grain of sand and traveling six times the speed of a bullet fired from a rifle. Earlier, the reverse side of the collector snared interstellar dust grains flowing into the solar system from other stars in our galaxy. In all, the capsule contains tens of thousands of comet grains and about 100 bits of interstellar dust.

“It’s really quite an epic thing. I think it tends to get overlooked because it’s just a little mission, and there aren’t any people on board,” Brownlee said. “But the really big part of the research is just getting ready to start, when the material goes to the laboratory. The train is headed for the station and we’re all waiting for it.”

Stardust is part of the National Aeronautics and Space Administration’s series of Discovery missions and is managed by the Jet Propulsion Laboratory in Pasadena, Calif. Besides the UW, other collaborators are Lockheed Martin Space Systems; The Boeing Co.; Germany’s Max-Planck Institute for Extraterrestrial Physics; NASA’s Ames Research Center; and the University of Chicago.

After the capsule touches down in the Utah desert, a canister bearing the aerogel collector grid will be removed and taken to the Johnson Space Center in Houston, where the samples will be cataloged and sent to scientists around the world. Brownlee expects them to provide key information on the formation of the solar system 4.6 billion years ago and possibly to shed light on the origins of life on Earth. Scientists are likely to study Stardust’s treasure for decades to come.

Stardust was launched on Feb. 7, 1999, and set off on three giant loops around the sun. It began collecting interstellar dust in 2000 and met Wild 2 (pronounced Vilt 2) on Jan. 2, 2004, when the spacecraft weathered a hailstorm of comet particles and snapped exceptional close-up photographs of the comet’s surface. During its 2.88 billion-mile voyage Stardust made one pass by Earth to get a speed boost from the planet’s gravity, and later staged a dress-rehearsal for the comet encounter when it maneuvered very close to Asteroid 5535 Annefrank.

The tensest moment other than the comet encounter came in November 2000, while the spacecraft was cruising along some 130 million miles from the sun. A huge solar flare, 100,000 times more energetic than usual, engulfed Stardust and its special digital cameras that help the spacecraft know where it is by viewing the stars and making comparisons with a comprehensive star chart stored in the onboard computer. The high-energy solar flare electrified pixels in the cameras, producing dots that the computer interpreted as stars. Suddenly the spacecraft did not know where it was and, in a preprogrammed act of self-preservation, it turned its solar panels toward the sun, losing communication with Earth.

Ground controllers finally found a faint signal and were able to contact Stardust and correct the problem. A little more than three years later the spacecraft finally met the target that scientists had been aiming for since 1974, when a close encounter with Jupiter altered Wild 2’s orbit and brought it to the inner solar system. That made the mission feasible.

Scientists have collected thousands of meteorites and cosmic dust particles on Earth, Brownlee noted, but with few exceptions the origin of those materials is unknown. Now there will be samples of material from another known body in space, and those grains can be compared with all the previously collected meteorites and bits of dust to see if there are similar origins. The Wild 2 samples are cryogenically preserved solar system building blocks, kept close to their original state because they have existed mostly at the outer edge of the solar system.

“Virtually all the atoms in our bodies were in little grains like the ones we’re bringing back from the comet, before the earth and sun were formed,” Brownlee said. “Those grains carry elements like carbon, nitrogen and silicon from one place to another within our galaxy, and they helped form the sun, the planets and their moons.”

Stardust’s photographs of Wild 2 also are cause for further study. Brownlee still marvels at the rugged surface the pictures disclosed, a surface very different from the smoother cores of the other three comets — Tempel 1, Borrelly and Halley — that have been photographed up close.

“For unknown reasons, the surface of Wild 2 looks quite different — spectacularly different — from asteroids, moons, planets and even from other comets,” he said.