Scientists from the University of Cambridge’s Astrophysics Group have today (21 June 2002) announced a collaboration with teams based in New Mexico, Puerto Rico and at the Naval Research Laboratory in Washington DC to design, install and operate a novel type of astronomical telescope for ultra-high angular resolution observations of stars, galaxies and quasars.

The agreement between researchers based in the Astrophysics (AP) Group at the Cavendish Laboratory and the Magdalena Ridge Observatory Consortium(MROC) marks the first phase of a partnership between AP and MROC to design and commission an ambitious optical/infrared interferometric telescope at the Magdalena Ridge Observatory in New Mexico. Funding for this scientific study is being administered by the Office of Naval Research.

The new facility will comprise a collection of telescopes optically linked to form a single large telescope spread over an area larger than a football stadium. The combined power of the telescopes will provide images of astronomical objects with unprecedented sharpness: features 100 times smaller than the finest detail currently seen in images from the Hubble Space Telescope will be clearly visible.

Dr Chris Haniff, from the University of Cambridge’s Astrophysics Group, who is leading the Cambridge team, explained:

“This very high angular resolution will allow astronomers to study the formation of planets around other stars, to watch the final episodes in the lives of dying stars and see close to the hearts of active galaxies.”

The telescope array, costing some $40M, will consist of 8 to 10 telescopes, each with a diameter of 1.4m, separated by distances of up to 400m. The signals from the telescopes will be combined in a central laboratory, forming what is known as an interferometric array.

In a process known as aperture synthesis, the combined signal is used to
make an image which is equivalent to the image that would be formed by a space-based telescope with a 400m diameter primary mirror – this can be compared with the 2.4m diameter mirror on the Hubble Space Telescope.

The feasibility of this novel type of optical and infrared telescope was first demonstrated by Cambridge scientists in the late 1980s. This same team, then headed by Professor John Baldwin, built the world’s first separated-element optical/infrared aperture synthesis telescope – the Cambridge Optical Aperture Synthesis Telescope (COAST) – in the mid 1990s.

This group of scientists have now joined forces with scientists in the USA to develop this technique for a new large-scale facility array.
The first phase of the partnership, announced today, will see both teams working towards a detailed design for the array, and the start of work on some of the critical subsystems for the telescope by researchers on both sides of the Atlantic.

In parallel, both partners will be seeking support for the eventual operation and maintenance budget of the array, which is expected to be available for routine scientific observations in late 2007.

A number of similar optical/infrared interferometer arrays are currently being commissioned elsewhere. The key scientific strength of the new array will be its ability to make true images of complex astronomical objects at a speed which is many times faster than other arrays. This is due to its large number of telescopes, each with sufficient collecting area to grasp the light from faint astronomical sources. 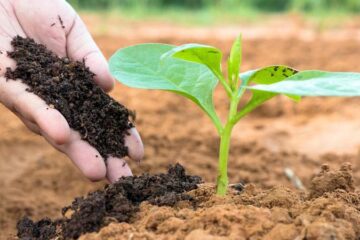