Home / Physics and Astronomy / Redefining the Limits of Measurement Accuracy
02.07.2019

Redefining the Limits of Measurement Accuracy 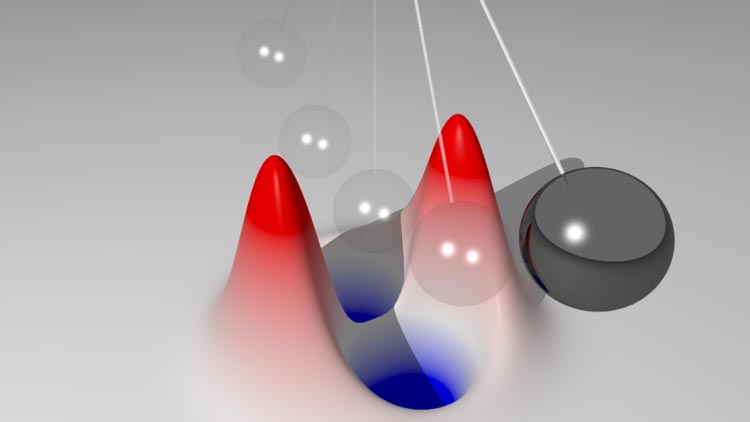 For centuries, humans have been expanding their understanding of the world through more and more precise measurement of light and matter. Today, quantum sensors achieve extremely accurate results.

An example of this is the development of atomic clocks, which are expected to neither gain nor lose more than a second in thirty billion years. Gravitational waves were detected via quantum sensors as well, in this case by using optical interferometers.

Quantum sensors can reach sensitivities that are impossible according to the laws of conventional physics that govern everyday life. Those levels of sensitivity can only be reached if one enters the world of quantum mechanics with its fascinating properties – such as the phenomenon of superposition, where objects can be in two places at once and where an atom can have two different energy levels at the same time.

“Unfortunately, this often results in increased inaccuracy regarding other relevant measurement parameters”, says Fabian Wolf, describing the challenge. This concept is closely linked to Heisenberg's uncertainty principle. Wolf is part of a team of researchers from Leibniz University Hannover, Physikalisch-Technische Bundesanstalt in Braunschweig, and the National Institute of Optics in Florence. The team introduced a method based on a non-classical state adapted to two measurement parameters at once.

The experiment can be visualised as the quantum mechanical version of a simple pendulum. In this case, the adapted measurement parameters are the pendulum’s maximum displacement (amplitude) and the number of oscillations per second (frequency). The pendulum comprises a single magnesium ion embedded into an “ion trap”.

Via laser light interactions, researchers were able to cool the magnesium ion to the ground state of a quantum mechanical system, the coldest achievable state. From there, they generated a “Fock state” of the motion and oscillated the single atom pendulum using an external force.

This allowed them to measure amplitude and frequency with a sensitivity unmatched by a conventional pendulum. In contrast to previous experiments, this was the case for both measurement parameters without having to adjust the non-classical state.

Using this new approach, the team reduced the measurement time by half while the resolution remained constant or doubled the resolution with a constant measurement time. High resolution is particularly important for spectroscopy techniques based on changing the state of motion. In this particular case, researchers intend to analyse individual molecular ions via laser irradiation in order to stimulate molecular movement.

The new procedure will enable them to analyse the state of the molecule before it is disrupted by too intense laser irradiation. “For example, precision measurements of molecules could reveal interactions between conventional and dark matter, which would be a great contribution to solving one of the biggest mysteries in contemporary physics”, says Fabian Wolf.

The measurement concept, which researchers demonstrated for the first time, could also improve the resolution in optical interferometers such as gravitational wave detectors – therefore providing more in-depth insights into the dawn of the universe.

The study originated from the collaborative research centre “DQ-mat – Designed Quantum States of Matter”, which is in receipt of funding from the German Research Foundation (DFG). The team of researchers has now published their findings in the scientific journal Nature Communications.