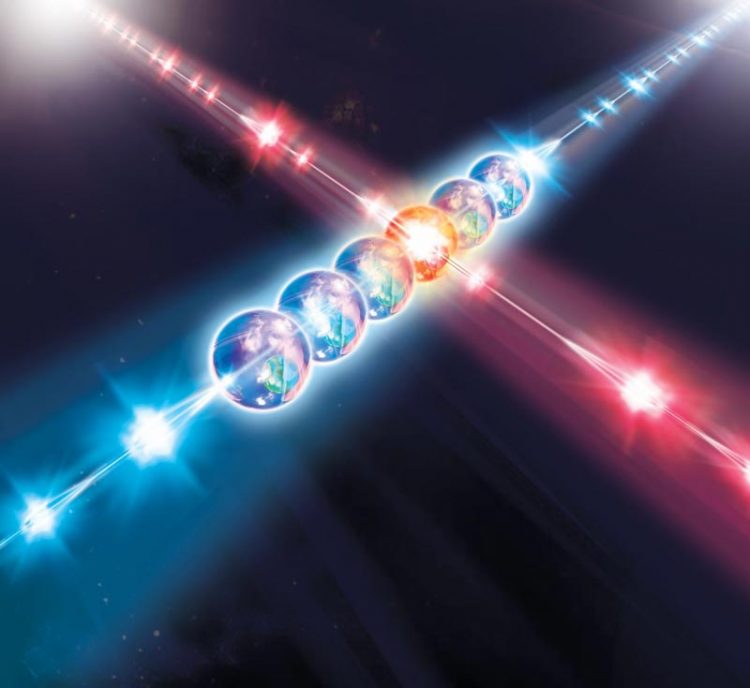 Digital quantum simulation is intrinsically much more robust than what one might expect from known error bounds on the global many-body wave function. Credit: IQOQI Innsbruck/Harald Ritsch Usage Restrictions: The picture may be used for editorial purposes only. It is protected by copyright. The use is free of charge if the reference is mentioned.

“Such simulations could have a major impact on quantum chemistry, materials science and fundamental physics.” Within digital quantum simulation the time evolution of the targeted quantum many-body system is realized by a sequence of elementary quantum gates by discretizing time evolution, called Trotterization.

“A fundamental challenge, however, is the control of an intrinsic error source, which appears due to this discretization”, says Markus Heyl.

Together with Peter Zoller from the Department of Experimental Physics at the University of Innsbruck and the Institute of Quantum Optics and Quantum Communication at the Austrian Academy of Sciences and Philipp Hauke from the Kirchhoff Institute for Physics and the Institute for Theoretical Physics at the University of Heidelberg they show in a recent paper in Science Advances that quantum localization–by constraining the time evolution through quantum interference–strongly bounds these errors for local observables.

“Digital quantum simulation is thus intrinsically much more robust than what one might expect from known error bounds on the global many-body wave function”, Heyl summarizes. This robustness is characterized by a sharp threshold as a function of the utilized time granularity measured by the so-called Trotter step size.

The threshold separates a regular region with controllable Trotter errors, where the system exhibits localization in the space of eigenstates of the time-evolution operator, from a quantum chaotic regime where errors accumulate quickly rendering the outcome of the quantum simulation unusable.