Home / Physics and Astronomy / Planetologists explain how the formation of the moon brought water to Earth
21.05.2019 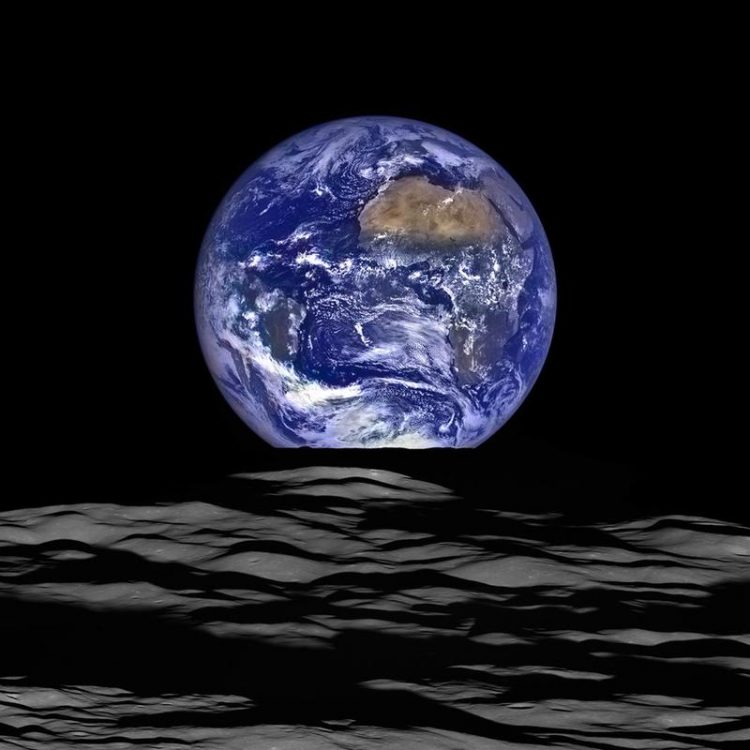 The rising Earth from the perspective of the moon NASA Goddard

The Earth is unique in our solar system: It is the only terrestrial planet with a large amount of water and a relatively large moon, which stabilizes the Earth's axis. Both were essential for Earth to develop life. Planetologists at the University of Münster have now been able to show, for the first time, that water came to Earth with the formation of the Moon some 4.4 billion years ago.

The Moon was formed when Earth was hit by a body about the size of Mars, also called Theia. Until now, scientists had assumed that Theia originated in the inner solar system near the Earth.

However, researchers from Münster can now show that Theia comes from the outer solar system, and it delivered large quantities of water to Earth. The results are published in the current issue of “Nature Astronomy”.

From the outer into the inner solar system

The Earth formed in the 'dry' inner solar system, and so it is somewhat surprising that there is water on Earth. To understand why this the case, we have to go back in time when the solar system was formed about 4.5 billion years ago.

“We have used molybdenum isotopes to answer this question. The molybdenum isotopes allow us to clearly distinguish carbonaceous and non-carbonaceous material, and as such represent a 'genetic fingerprint' of material from the outer and inner solar system,” explains Dr. Gerrit Budde of the Institute of Planetology in Münster and lead author of the study.

“The molybdenum which is accessible today in the Earth's mantle, therefore, originates from the late stages of Earth's formation, while the molybdenum from earlier phases is entirely in the core,” explains Dr. Christoph Burkhardt, second author of the study. The scientists’ results therefore show, for the first time, that carbonaceous material from the outer solar system arrived on Earth late.

But the scientists are going one step further. They show that most of the molybdenum in Earth's mantle was supplied by the protoplanet Theia, whose collision with Earth 4.4 billion years ago led to the formation of the Moon. However, since a large part of the molybdenum in Earth's mantle originates from the outer solar system, this means that Theia itself also originated from the outer solar system.

According to the scientists, the collision provided sufficient carbonaceous material to account for the entire amount of water on Earth. “Our approach is unique because, for the first time, it allows us to associate the origin of water on Earth with the formation of the Moon. To put it simply, without the Moon there probably would be no life on Earth,” says Thorsten Kleine, Professor of Planetology at the University of Münster.

The work was carried out within the framework of the Collaborative Research Centre/Transregio (TRR) 170 “Late accretion onto terrestrial planets” and was supported by the German Research Foundation (DFG) and the European Research Council (ERC, contract 616564).
This study was supported by the European Research Council Consolidator Grant “ISOCORE” (contract 616564) and by the Deutsche Forschungsgemeinschaft (SFB/TRR 170 subproject B3-1).

https://www.uni-muenster.de/news/view.php?cmdid=10278 Press release on the website of Münster University